Will the African market be the next manufacturing hub? African leaders call on Nigeria and African countries to strengthen manufacturing and regional supply chains.
Published: Aug 05, 2020 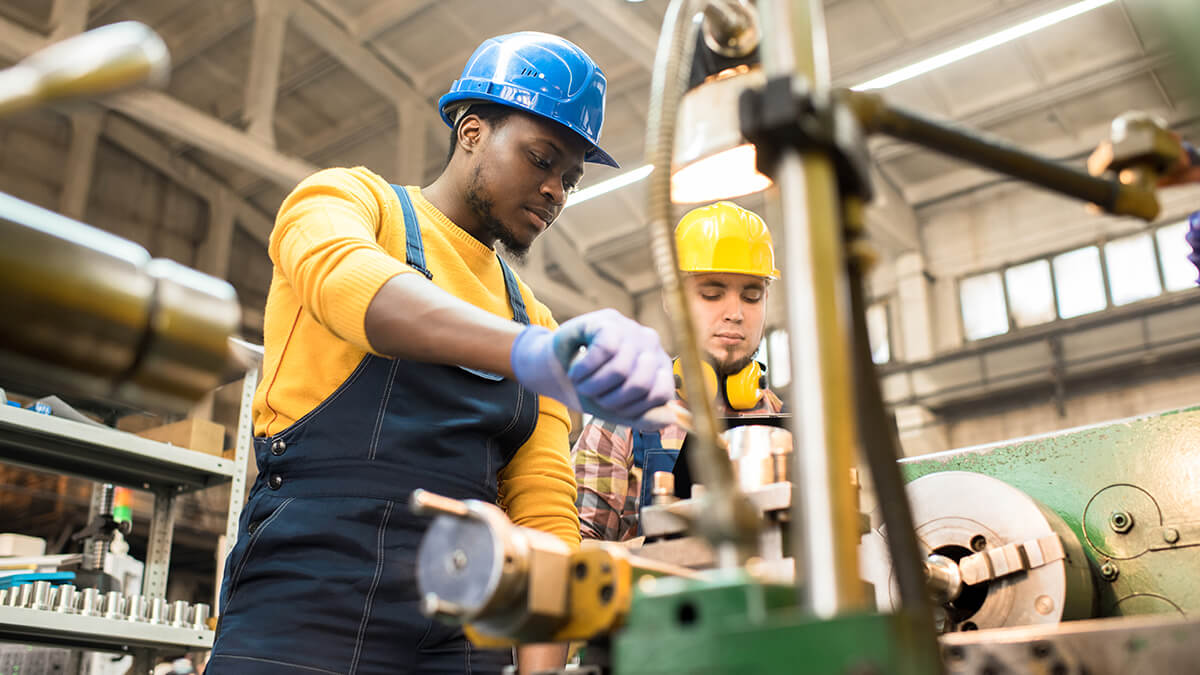 Manufacturers in advanced countries outsource production to developing countries in Asia and Latin America where labor is cheap. This has been the operating rule of transnational production chains for nearly half a century, which has successively promoted the economic development of Malaysia, Chile, China, and Vietnam. Now as mainland China gradually loses its advantage of low wages, this opportunity comes to Africa.

However, the development of new robotics technology may overturn the global value chain. The production and supply chain of the manufacturing industry has begun to introduce automation and intelligent systems, to make up for the gradual loss of low wage advantages, and technological upgrading will also drive competitiveness.

From a numerical point of view, from 2011 to 2015, the foreign direct investment (Greenfield FDI) of China, Hungary, Romania, Bulgaria, and other Eastern European countries declined from 2003 to 2007; but at the same time, Vietnam, Indonesia, Serbia, Ethiopia, Etc. is rising, indicating that FDI may still flow from mainland China to low- and middle-income countries in Asia and Africa in the future.

Second, the scale of the African market is growing, attracting manufacturing FDI. From 2011 to 2015, emerging countries with large markets such as India, Indonesia, Brazil, South Africa, Ethiopia, etc., their FDI grew compared to 2003-2007. That shows that Africa may still attract investment.

Third, Africa still has opportunities to cut into low-priced, low-quality market segments. In 2014, all manufactured products accounted for 43% of the intra-African continent's trade, almost double that of exports to countries outside Africa. Most of the manufacturing sectors experienced significant growth in intra-African trade between 2000 and 2014. That also means that the African manufacturing industry in the low-quality, the low-price market has the opportunity to export internationally.

However, with the development of artificial intelligence (AI) and automation, the threshold for success in export-oriented manufacturing has been raised, and Africa must also improve its competitiveness. Only by strengthening infrastructure, logistics, and understanding international trade regulations and restrictions, can there be opportunities Like Malaysia and Mainland China in the past, it is relying on export-oriented manufacturing to develop upward.

Leaders in Africa, including African Union, Afrexim Bank, and UNECA, expressed their hope that Nigeria and other countries on the African continent can take active steps to shorten production and manufacturing gaps and establish domestic and regional value-added and supply chains. To assist African countries in coping with the COVID-19 outbreak, these organizations will assist African governments and institutions in shortening the procurement of medical equipment and supply gaps, and economic reconstruction in the later stages of the epidemic.

According to the African Union report, African leaders agree to the African Continental Free Trade Agreement (AfCFTA) related initiatives in the later stages of the epidemic, which will help build value and supply chains between African countries and regions. AU members should remove trade and protection measures as much as possible, create value and supply chains, and take necessary measures to assist national/regional medical and economic challenges.

The COVID-19 outbreak challenges global medical and social systems. The WTO expects that in 2020, global trade will decline by 32%, global GDP will disappear by 1% and economic losses will be US$1 trillion; ECA predicts that Africa's overall GDP will rise from 3.2% Decline to 1.8%, and bring an unexpected economic and financial crisis. In response to the COVID-19 epidemic, various countries have adopted measures such as closing cities, closing borders, and restricting the movement of people and goods. They have banned important business, economic, and social activities, and caused more than one million unemployment worldwide. Governments of various countries are doing their best to take relevant measures. Countermeasures to reduce economic losses.

The rapid population growth in Africa will promote the development of urbanization. In 2010, there were only three cities in Africa with populations exceeding 5 million, namely Cairo in Egypt, Lagos in Nigeria, and Kinshasa in Congo (DRC). By 2050, there will be 35 cities with a population of more than 5 million, of which the population of Kinshasa and Lagos is expected to exceed 30 million.

With the rapid growth of the population, there are emerging consumer classes. From 2010 to 2020, the African continent will add 122 million laborers. This scale of expansion will lay the foundation for the vigorous development of the economy, but to realize this potential, it is necessary to change the economic development strategy. At the current rate, Africa has not quickly created paid jobs to absorb its huge labor force. However, it is estimated that by 2035, Africa will become the world's largest labor market.

Many countries in Africa are facing a common problem, which is to realize the diversification of work types to ensure the continued prosperity and stability of their citizens and make Africa a major economy in the world. However, based on current trends, it will take half a century for the African continent to reach the same share of stable, paid jobs.

The report jointly issued by the Commission of the African Union and the United Nations Economic Commission for Africa stated that if African countries want to realize the demographic dividend, they need to promote the demographic transition, on the one hand, that is, from a country with a high birth rate and high death rate to a country with a low birth rate and low death rate. ; On the other hand, it is necessary to expand investment in the fields of health care and public education to improve the national health level and cultivate a highly-skilled labor force. African countries also need to implement supporting economic policy measures that help release the demographic dividend to attract investment in their labor-intensive industries and promote trade upgrades. The core of everything is still paid work. If there is no stable source of salary, millions of laborers will be forced to turn to self-sufficient work to make ends meet, which will waste a huge population potential.

To change this situation, African leaders must accelerate the pace of job creation to consolidate economic growth and continue to expand Africa's emerging consumer class. But this is not easy.

The industrial revolution in Africa is no longer an out-of-reach idea. Of the ten fastest-growing countries in the world in the next ten years, eight will come from the African continent, and African manufacturing is continuing to grow.