A hand tool is any tool that uses hand force or twisting to power the tool, by rather than one powered by a motor. There are a variety of hand tools including screwdrivers, wrenches, hammers and much more! Let’s find out!
Published: Jun 01, 2022 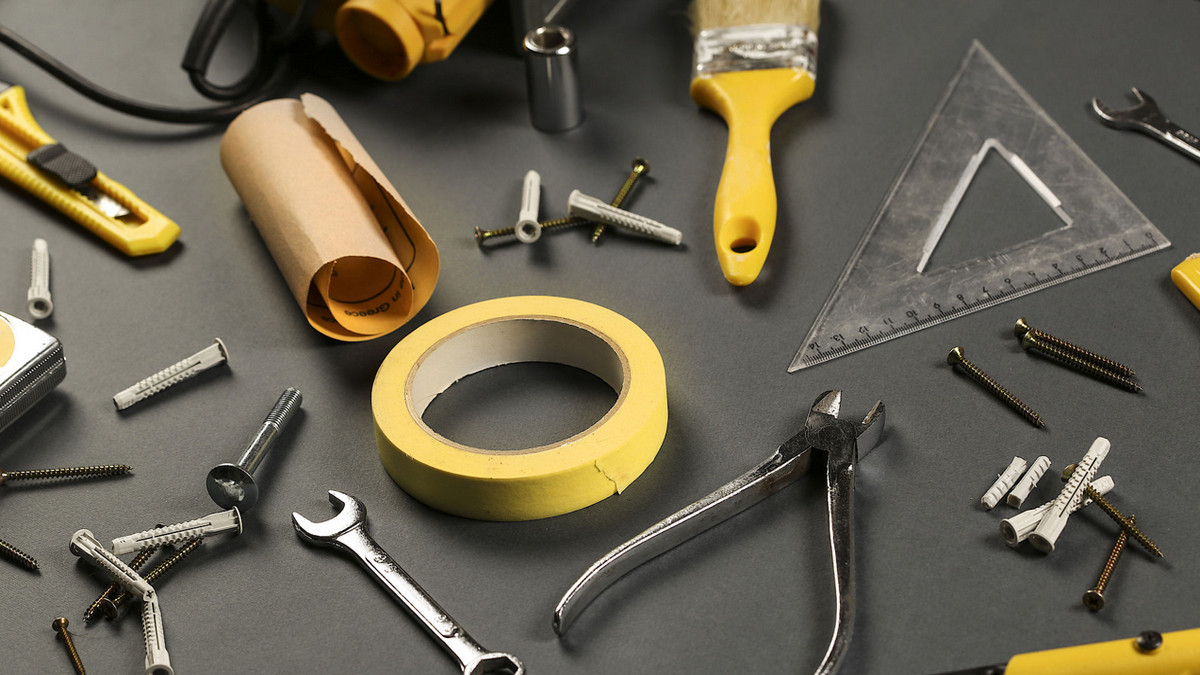 Hand tools can be divided into wrenches, pliers, screwdrivers, tape measures, hammers, sockets, cutters, scissors, and auxiliary tools such as tool carts, etc. Each category has a variety of different models.

A tool used to turn a screw to force it into place, usually with a thin wedge-shaped head that fits into a slot or notch in the head of the screw, also known as a "driver". Besides the most common “-“ and “+” tips, screwdrivers may have patterned or other specially shaped tips.

Hand tools for turning bolts, screws, nuts, and other threaded fasteners. The wrench is usually provided with a clamping handle at one or both ends of the handle to apply external force to the handle to rotate the bolt or nut.

A tool that knocks an object to move or deform it. Most commonly used to drive nails, or straighten or knock objects apart. Hammers come in a variety of forms, the most common being a handle and a head. One side of the head is flat for striking and the other side is the hammer face. “Claw” hammers have a head with the back shaped like a claw or wedge which is used to pull out nails. There are also hammers with rounded heads, fitter hammers, rubber hammers, and installation hammers.

Also referred to as "electric pen". It is an electrician's tool used to test whether there is electricity in a wire or electric outlet. There is a neon bulb in the pen body. If the neon bulb glows when touching the wire or electric outlet, it means that the wire has electricity, or it is the live wire of the outlet. The nib and tail of the test pen are made of metal material, and the pen holder is made of insulating material. When using the test pen, be sure to touch the metal part at the end of the test pen with your hands, otherwise, a complete circuit will not be formed from the charged body, through the test pen, and then through your body to the ground. If the circuit is not complete, the neon light in the test pen will not emit light, resulting in misjudgment that the charged body is not charged.

A type of knife with a sharp blade used to cut things like wallpaper, hence the name "wallpaper knife. It is also known as a "utility knife". They are often used when putting up decorations, or advertisements etc.

An electrician's knife is a cutting tool commonly used by electricians. The ordinary electric knife is composed of a blade, a handle, and a knife hanger. When not in use, retract the blade into the handle. The root of the blade is hinged with the handle which has scale marks on it. The front end is formed with a screwdriver bit, and the two sides have a file surface area. There is a protection button on the handle to prevent the blade from being ejected. The blades of the electrician's knife have multiple functions so can be used to complete various operations of connecting wires without carrying other tools. It has the benefits of a simple structure, is convenient for use, and has multiple functions.

The spirit level has a level bubble, which can be used for inspection, measurement, and determining whether equipment is installed levelly.

The wire cutter is a clamp and cutting tool, which consists of a plier head and a plier handle. The functions of each part of the pliers are:

Also called trimming pliers, it is mainly used to cut single-strand and multi-strand wires with thinner wire diameters, as well as bending the wire joints of single-strand wires. It is also commonly used by electricians (especially interior electricians). It is composed of a pointed tip, a knife edge and a plier handle. The handle of the electrician's needle-nose pliers is covered with an insulating sleeve with a rated voltage of 500V.

The wire stripper is one of the tools commonly used by electricians, motor mechanics, and instrumentation electricians. It is composed of a knife edge, a crimping port and a plier handle. The handle of the wire stripper is covered with an insulating sleeve with a rated working voltage of 500V. The wire stripper is suitable for stripping plastic and rubber insulated wires and cable core wires. The wire end to be stripped off is placed in the cutting edge of the plier head. When the plier handles are closed insulation on the wire will be separated from the core wire.

C-type clips are used to fix work objects. When clamping, the shaft rocker is facing down. Generally, 3-inch clips or 4-inch clips (refer to the maximum thickness that can be clamped) can be used, depending on the number of clips.

Woodworking knives are generally used for trimming irregular parts of details, and the blade is a whole piece that is not easy to break.