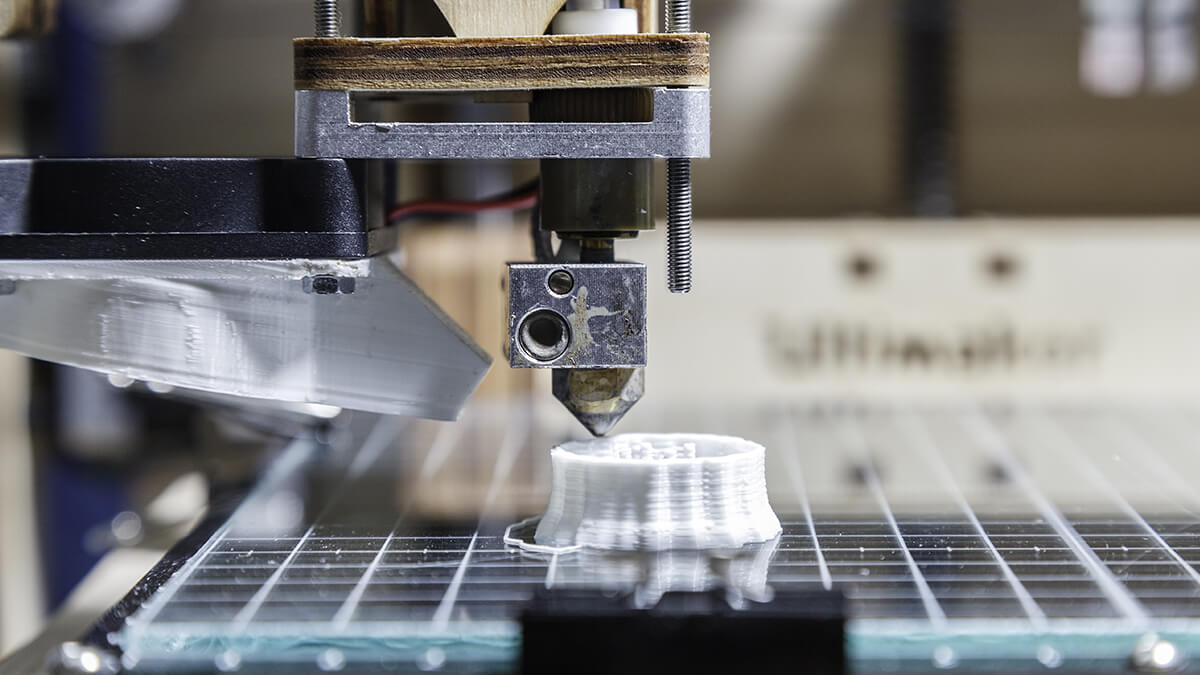 Steven Jobs tried to create a "manufacturing culture" in Silicon Valley in 1983, but failed because of lack of human resources and the development foundation of subcontractors. Here comes the first question.

What Is 3D Printing?

Silicon Valley-based 3D printing company Arevo's Supertrata brand has begun pre-sales of the world's first integrated 3D printing electric bicycle. Unlike current manufacturers that print parts and then assemble them, Superstrata has developed a "one-piece structure" carbon fiber frame production model, that is, the entire bicycle frame has no glue, no joints, no bolts, and no laser welding.

This time, Supertrata released two models, Terra and Ion. Terra is a lightweight standard bicycle that can be based on the height, weight, arm and leg length of the buyer, as well as their preferred riding position and frame. The rigidity level provides more than 250,000 customized solutions, and its standard weight is only 1.27 kg. Ion is a class 1 electric bicycle with a 250 W electric motor and a 252 Wh battery on the rear wheel. It has an estimated cruising range of 96 kilometers. Due to the use of 3D printing production methods, its price is also cheaper than similar electric bicycles nearly half on the market. The current initial price of the Terra model is 2799 US dollars, and the initial price of the lon is 3999 US dollars.

Superstrata's "one-piece structure" production model not only reduces the weight of the bicycle itself, has a simple and modern appearance, but more importantly, its manufacturing production can completely subvert the existing bicycle production model.

In the past, the composite frame manufactured by the factory generally took 18 months to design and put into production. It took 27 to 30 different parts to be manufactured manually and then glued together.

All of Arevo’s design work, including analysis and optimization, can be done through software. Continuous fiber 3D printing technology can reduce manufacturing time to a few weeks. It also supports customized production. Car owners only need to change what they require. Send the size and style to Superstrata, and it will take about 10 hours to make it.

It is worth noting that 99% of the 2 million composite bicycle frames produced globally each year are manufactured by Chinese factories. In an interview, Arevo said that with the advancement of 3D printing technology, the cost structure of composite frame manufacturing will undergo a fundamental change. It is expected that in three years, the existing manufacturing model of carbon fiber bicycle frames in Chinese factories will gradually be replaced.

In the past, carbon fiber manufacturing required precise numerical control processing, vacuum packaging, and oven curing. Most of these procedures were manually operated, with long design and production cycles, high manufacturing costs, and reduced market penetration. But with the development of computing power and machine automation, its manufacturing model has also entered a transition period.

Steven Jobs’ Dream of “Made in Silicon Valley” 20 Years Ago Is Finally Coming True?

In the past few years, Silicon Valley, as one of the birthplaces of the world's innovative technologies, has continued to build heavyweight technology companies for the world.

In fact, Steven Jobs tried to create a "manufacturing culture" in Silicon Valley. He really appreciate the mass production of American car company Ford and the high-quality domestic manufacturing capabilities of Japanese companies, so he hopes to replicate these models to the United States. In 1983, he was personally responsible for the construction of an advanced manufacturing plant in Fremont in the Bay Area for the production of Apple's new Macintosh computers, but the plant was closed in 1992 because the output could not meet expectations.

Although the application range of 3D printing technology is becoming wider and wider, the current technological maturity still cannot reach the level of subverting the existing manufacturing model. The development of the industry still needs to solve the problems of process, material, cost, speed and other aspects.

First of all, at the machine level, most of the current 3D printing accuracy is relatively rough, the printed product surface is rough, still need to be polished, and the dimensional accuracy is not high; however, high-precision 3D printers are relatively large and expensive.

In terms of printing speed, 3D printing is similar to multi-layer writing. The more layers and the more complex the structure, the longer the printing time. It is difficult to guarantee the duration of mass production.