Affected by the two major economies of the United States and China, global trade trends have subsided, and the Asian economy has also suffered greatly.
Published: Jul 03, 2020 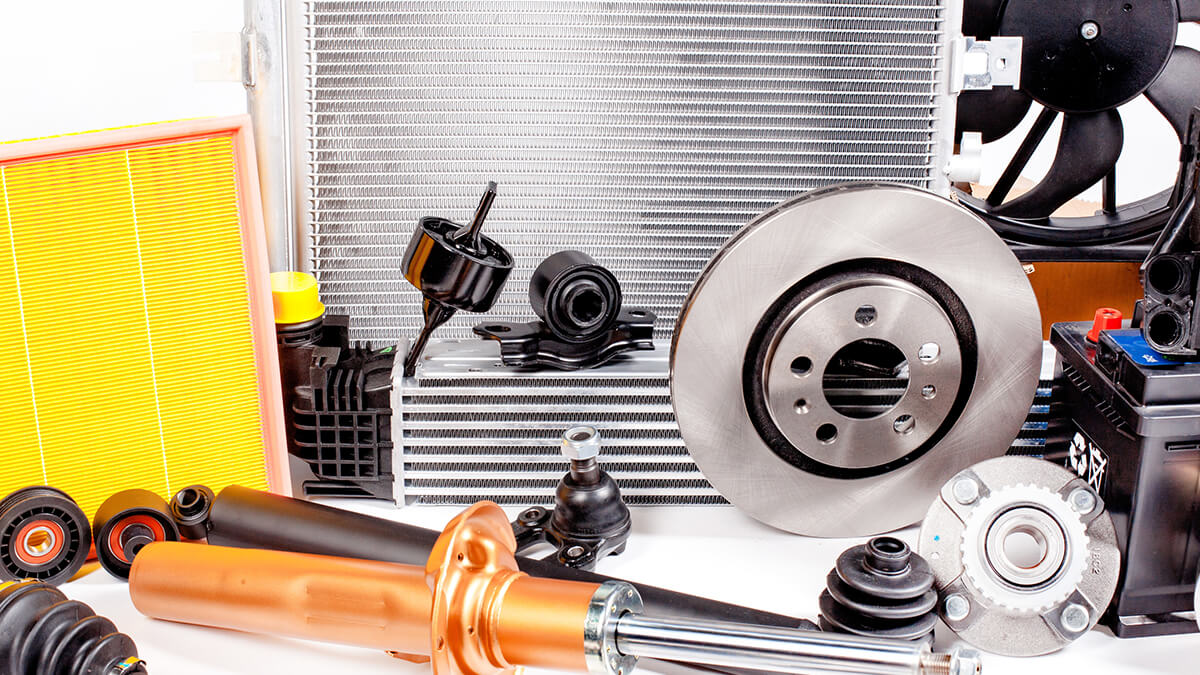 2018 bids farewell to the beautiful economic situation of high growth, low inflation, and low-interest rates. The global economy has turned from stable to turbulent. Since US President Trump advocated the "United States First" policy, on the grounds of "unfair trade", it is launching After the investigation of trade transactions, the United States has successively imposed punitive tariffs on commodities imported from mainland China, which started the US-China trade war and affected the global market.

Gardner Publication, Inc. released the 2018 Global Tool Machine Production and Sales Survey Report, which pointed out that the total consumption of global machine tools has not changed much, and it has grown at a slow rate. Compared with 2017, the total consumption increased by nearly $4.1 billion, an increase of 4.6%. Among the major machine tool consumer markets, Italy, India, and Thailand have more impressive growth performances, with growth rates ranging from 22% to 26%, respectively. However, the negative warning signs of consumption decline in the China market cannot be ignored.

The trade war is not only spreading in mainland China but also impacting global economic development. The tight trade situation has weakened corporate confidence and inhibited spending and investment. The President of the International Monetary Fund (IMF) said that if the US-China trade war is not resolved, may pose a risk to the global economic outlook. The struggle between the two countries is not only to gain economic and trade dominance but also to focus on future technological hegemony. Therefore, the kinetic energy of digital transformation may become the power for enterprises to transform in this battle.

Due to the increasing trade friction between the two major economies of the United States and China, tariffs have continued to be used as a means of retaliation and anti-retaliation. Although both parties have proposed other economic policies as compensation, the negative impact is still difficult to be quelled., And even let the trend of increasing global trade subside. Affected by the two major economies of the United States and China, the Asian economy has been greatly impacted. Although the overall performance is more stable than other regions, the uncertainty of economic trends has increased with the increase in international variables. Part of the European Union will stop quantitative easing policies in European banks, Brexit, the French yellow vest resistance movement, the resurgence of the Austrian and Italian populism, etc. The frequent occurrence of gray rhinoceros’ incidents has caused various economic research and investigation agencies to target the 2019 global the economic growth forecast is revised. For example, the IMF had previously forecast that the global economic growth rate will be revised down from 3.5% to 3.3%, which is the lowest economic growth forecast since 2010.

However, the decrease in the proportion of China's machine tool consumer market also means that the proportion of the consumer market in other countries will change. For example, the top five consumer market rates in the United States, Germany, Japan, and Italy have all increased. The Gardner survey also found an interesting coincidence. In terms of the United States, in 2018, the US machine tool consumption accounted for 10.4% of the market, the highest point in the past decade. Since the outsourcing and transfer of manufacturing in 2001 in the United States, the consumption of machine tools has been declining year by year. Until the financial crisis, President Obama took office, through the industry renewal to break the depression caused by the real estate industry bubble, the manufacturing industry has driven employment supply and vigorously promoted Only after "re-industrialization" and "manufacturing return" did machine tool consumption gradually stabilize.

Statistics show that among the major machine tool consumer markets, Italy, India, and Thailand have achieved remarkable growth in consumption, with growth rates ranging from 22% to 26%, respectively. Taking India as an example, due to the economic reform and development strategy “Make In India (MII)” proposed by Indian Prime Minister Modi, the policy goal is set at 2025. India’s manufacturing output will account for 25% of GDP. Coupled with the trade war, the original manufacturing supply chain in China has the possibility of transfer, or for investors to see India’s huge domestic market demand. All these factors will accelerate the pace of Indian manufacturing development, allowing the Indian market to be seen as a blue ocean where machine tools create business opportunities.

In addition to China, the minority consumption in the machine tool market showed negative growth, while South Korea and Mexico decreased by 3.6% and 7.6%, respectively. The diminishing consumption in the two markets should also be related to the degree of US-China trade dependence. As far as Mexico is concerned, in the past under the North American Free Trade Agreement (NAFTA), Mexico was set up as a border factory in the United States. The rapid growth of Mexican manufacturing has also led to a continuous increase in the consumption of machine tools. However, since President Trump took office Since then, the relationship between the US and Mexico has become tense and complicated. Since the muzzle of the US tariff increase is also aimed at Mexico, as Trump recently posted on Twitter, it will be in June (2019) From the 10th, all goods imported into the United States in Mexico will be subject to a 5% tariff, and the tariff will gradually increase to 25% until Mexico solves the problem of illegal immigration. Of course, the ear will have a major impact on the manufacturing industry of Mexico. It will also affect the demand for machine tool consumption in Mexico.

According to statistics, the export value of global machine tools in 2018 was nearly US$51.6 billion, an increase of 9.5% compared with 2017. The top ten exporters of machine tools in the world are Germany, Japan, China, Italy, Taiwan, Switzerland, the United States, South Korea, Belgium, and Spain, as shown in Figure 4. German exports totaled approximately US$10.37 billion, an increase of 6.2% over the previous year. The major export growth categories were grinding machines (23%), electrical discharge, laser, ultrasonic machine tools (12%), and lathes (11%). Value accounts for about 70% of production. Japan’s total exports were 9.23 billion US dollars, a 10% increase from last year. The main types of export growth rankings were lathes (20%) and discharge, laser, ultrasonic machine tools (12%), etc., and the export value accounted for nearly 63% of the production. %. Taiwan's total export of machine tools is about 3.6 billion US dollars, an increase of 5.3% from last year. The main machine types of export growth rankings are grinding machines (16%) and integrated processing machines (14%). The overall impact of the US-China trade war has caused export Performance is slightly limited.

The machine tool industry is subject to the development of the economic and trade situation. Now that the US-China trade war is burning, the two countries are not only fighting for economic and trade dominance but also launching for the future hegemony of science and technology. Protectionism has allowed the war to continue to evolve. The Cold War's impact and impact on the supply chain can be expected, so digital transformation has become new energy for companies to escape from the difficulties and transformation in this battle. The wave of global digital transformation is emerging. To respond to the new business model derived from factorization, most companies reverse the past business attitude and invest in changes, from the original technical product orientation to customer orientation, and the relationship between customers from the original linear transaction to circulation Interactive relationship, not only selling a single product technology but selling a complete solution.

According to the definition of the National Development Council, smart machinery is to integrate various smart technology elements, so that traditional mechanical equipment has intelligent functions such as fault prediction, accuracy compensation, automatic parameter setting, and automatic scheduling. More importantly, it can provide a complete solution and establish the function of differentiated advantage. The scope of practice involved includes the establishment of complete equipment, components, robots, Internet of Things, big data, network physical systems (CPS), sensor networks, etc. The introduction of new technologies to form smart machines has allowed production capacity to increase simultaneously with the effectiveness of customer service, allowing digital transformation to be demonstrated and industry 4.0 to be practiced. In this turbulent era, if we do not follow the trend, upgrade, and transform and build a new foundation for the industry, then the market will eventually be eliminated.