The Indian government vigorously promotes the development of the machine tool market. India is the third largest economy in Asia and has unlimited market demand potential.
Published: May 26, 2020 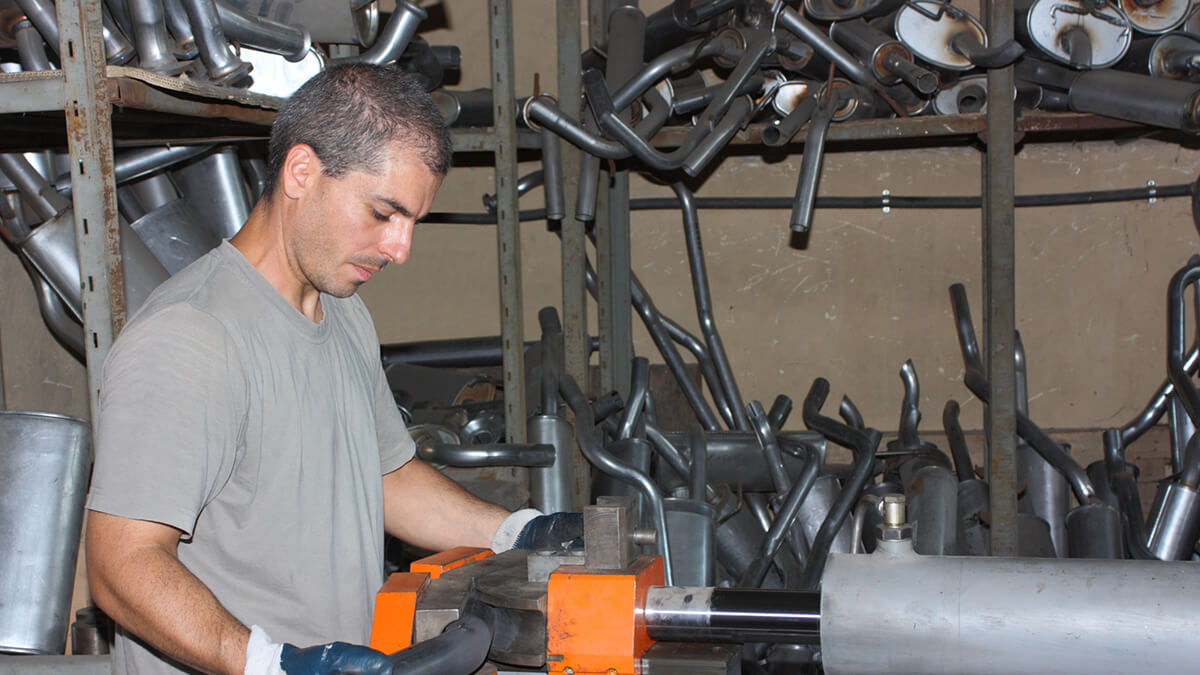 With a population of 1.3 billion, India ranks second in the world and has an average age of fewer than 29 years. It is the third-largest economy in Asia, after China and Japan. According to the latest "Asia-Pacific Regional Economic Outlook Report" released by the International Monetary Fund (IMF), the India economy is suffering from the impact of demonetization and the implementation of Goods and Service Tax (GST) Recovery is the fastest-growing economy in the world in 2018. It is predicted that the economic growth rate will reach 7.4%, and it will grow to 7.8% in the next year (2019). It is estimated that 2028.

It is expected to surpass Japan and become the world's third-largest economy, second only to mainland China and the United States. Regardless of its size or growth rate, the Indian economy ranks first among the new southbound policy countries, and its market will be a battleground for future military strategists.

After Prime Minister Narendra Modi took office in May 2014, he announced the promotion of the "Make in India" policy, focusing on automotive components, automotive, aviation, biotechnology, chemical, construction, and defense industries, Motor, electronic system design and manufacturing, food processing, telecommunications, leather, media and entertainment, mining, oil and gas, pharmaceuticals, ports, railways, roads and highways, renewable energy, space, textile, thermal power generation, tourism services, Health care, a total of 25 key industry areas, the goal is to increase the Indian manufacturing industry's contribution to gross domestic product (GDP) from the current 16% to 25% and improve the investment environment, loosen regulations, simplify administration and promote large-scale infrastructure Plan and other specific methods to attract foreign companies to invest in India and build India into a global manufacturing center. During his visit to Africa at the end of July this year, Modi stated that India is becoming a global manufacturing and entrepreneurial center. Many products produced in India are exported to countries that were originally imported, such as cars and smartphones.

The "Made in India" policy has increased the demand for machinery and equipment in the local manufacturing industry, especially for machine tools known as the "Mother of Machinery". Taiwan's machine tool industry occupies fifth place in the global export ranking and is highly competitive. This opportunity should not be missed.

The Trade Association said that the national machine tool team it organized last year was well received by the market, and this year it continued to take the initiative to attack. Through the "Smart Machinery Overseas Promotion Plan", it invited manufacturers to be in Bangalore and Amed from April 22 to April 30 Ba Julu held a technical conference and a series of marketing promotion activities. In addition to strengthening the popularity of Taiwan's machinery brand, it will also visit the Indian Tata, French Peugeot Citroen, Suzuki Motor and other related major manufacturers in India after the meeting, Hoping to assist Taiwan machinery brands to remove obstacles and break into the supply chain of the Indian automobile manufacturing industry. Taiwan Smart Machinery Press Conference was held in Bangalore on the 21st, attracting auto parts manufacturers, media and buyers such as Indian industrial magazines MMI, Honey Well, Hedge Precision Products, etc., and the regional president of the Indian Automobile Components Association Baligar delivered a speech to express their views Support and industry unions' expectations for cooperation between Taiwan and India. The leading member of the group, Gao Ming Seiki, said that India has become the world ’s fourth-largest auto market in recent years. In addition to the promotion of Indian manufacturing by Prime Minister Modi and the large number of foreign manufacturers entering the country, the demand for machine tools has increased greatly. The event, I hope to work with related car and component manufacturers to create a golden era of Indian cars; Puyi, a major manufacturer, said that it has always attached great importance to the Indian market, and especially looks forward to the expansion of Ahmedabad in Gujarat I hope that through this event, more printers will understand the company's brand value and help customers respond to the innovative technologies of Industry 4.0.