A difficult international situation, a virus, and trouble in different industries, it will not be an easy year for the machine tool industry. Find out why 2020 still holds a lot of potentials.
Published: May 13, 2020

The VDW (German Machine Tool Builders’ Association) is expecting production output to fall by 18 % in 2020. “This is something the sector hasn’t seen in a long time, following the boom of recent years,” to quote Dr. Heinz-Jürgen Prokop, Chairman of the VDW speaking at the annual press conference in Frankfurt am Main on 13 February 2020. The decline in demand, already perceptible in the second half of 2018, really picked up speed in 2019, he went on to explain. The double-figure fall of more than one-fifth, he continued, had melted away the order backlog, and was now the determinant factor for developments in 2020.

The past year, by contrast, turned out much better than anticipated. “With a decrease of just 1 %, the production result came to almost 17 billion euros, nearly equalling the record level of 2018,” reports Dr. Prokop. The principal contributor here was domestic sales, which rose by 16 %. Conversely, exports were down by 9 %, a fall primarily attributable to a decrease of 11 % in deliveries to Asia and 16 % in deliveries to America. Here, the regional results are dominated in each case by the largest markets: China, at minus 13 %, and the USA, minus 15 %. Europe, the largest sales region, accounting for more than half of German exports, still performed comparatively well with minus 5 %.

Short-time working needs to be promptly extended
Imports were unable to benefit from the good performance of the domestic market and were down by one-tenth. Employment had shrunk by 3 % at the end of the year. Moreover, the Ifo Institute reported an increase in short-time working to more than 18 % of companies. Twice as many firms are anticipating this for the upcoming months. “We attach maximized priority to the preservation of jobs,” emphasizes Dr. Prokop. To avoid further payroll downsizing, short-time working should be promptly extended from 12 to 24 months, he urges.


The ongoing combination of a cyclical downturn, structural transformation in the automotive industry, turbulences motivated by trade policies, and last but not least the coronavirus as well, are dampening the propensity to invest all over the world. Investments in plant and equipment are set to rise by less than 1 % in the current year, according to Oxford Economics, the VDW’s forecasting partner. Only relatively small markets are in much better shape, like Vietnam, Thailand, Slovakia, Hungary, and Poland. But they are quite unable to compensate for the sluggishness of the major customer nations China, USA, Italy, or France. The consequence is a correspondingly substantial minus for all key statistics in the German machine tool industry during the current year: production, exports, imports, and consumption.

Germany retains its top placing in the international rankings


In the international rankings, the German machine tool industry has maintained its position in the top trio, since all other producer nations are struggling with similar developments to Germany’s. Based on provisional data for the Top 20 producers, the VDW has calculated for 2019 a decrease in international production excluding parts and accessories of 3 % to 72.1 billion euros. In the top trio, only China, with 2 %, managed an increase. “In comparison to previous growth rates, this is indeed a very modest figure,” says Dr. Prokop, putting it in its due perspective. Japan in third place even lost 5 %. In terms of exports, Germany remains the world champion. Japan in second place saw a fall of 9 %, similar to Germany’s, while Italy in third place suffered a fall of 2 %. In terms of consumption, finally, the world’s biggest market, China, reported a decline for the second time in succession, of 8 %, while the USA was likewise down on the preceding year, with a minus of 3 %. Only Germany, in third place, reported a rise, of 6 %.

A fast recovery, not insight


“For large portions of the industrial sector in Germany, the lean period will continue for quite a long time,” predicts Heinz-Jürgen Prokop. Industrial production output in Germany is set to fall once more. Investments in plant and equipment at the principal customer industries will show only a marginal increase. For machine tool consumption, following a slight decline in the preceding year, a minus of one-fifth is anticipated in 2020.

In terms of the Ifo Institute’s business climate and the Purchasing Manager Index from Markit, both of them early indicators for future developments, there are in many areas incipient signs of an upturn. This, however, is no more than a glimmer of hope, since many curves are still deep in the minus zone.

“This means that unlike in previous downturns a quick recovery cannot be anticipated,” predicts Dr. Prokop. Rather, he says, the machine tool industry does not expect order bookings to bottom out until the year’s second half, which will not, however, suffice for an upturn. So production output will only slowly recover and will take a while to regain the level of recent years.

Digitalization and sustainability are paramount issues in the machine tool industry


“Difficult times also offer an opportunity to re-invent yourself,” says a confident Dr. Prokop. The biggest leverage will in the future be offered by digital networking. This, he said, is the enabler for new business models, a terrain on which a whole lot can still be achieved with appropriate creativity.

Now the machine tool industry, in particular, is a veritable flagship sector when it comes to sustainability. Machine tools made in Germany already rank among the most sustainable products currently available. “We say this in all self-confidence,” emphasizes the VDW’s Chairman. They excel in terms of lengthy useful lifetimes. For all components of the machine, spare parts are kept available for long periods. For the control system components, the vendors guarantee software updates for several generations. Machine tools tend to be completely overhauled and resold as pre-owned machines rather than be decommissioned. This leads to a second and sometimes even third machine life. When they are scrapped at the end of their useful lifetime, almost all the materials involved can be recycled or upcycled, since it’s primarily top-quality materials amenable to re-use that are employed. Finally, the machines’ productivity is extremely high. This means every single component is manufactured in an energy-economical, resource-efficient process.

Besides optimizing the machine components, the manufacturers concerned devote particular attention to energy consumption during the utilization phase. The raw materials used, and the power and media consumption levels, co-determine the CO2 balance of the production operation. This is why, for example, manufacturers are working on software with which waste and rejects can be further reduced. In conjunction with new hardware, moreover, media consumption levels can be downsized by up to 70 %.

Market News
The Development Trend of Optical Instrument and Equipment Manufacturing Industry
The optical industry is still the mainstream product in consumer electronics this year, and there is still a lot of room for innovation. Since smartphones are equipped with lenses, from the rear to the front, from single-lens to multi-lens, hardware innovation not only facilitates consumers to take photos and videos but also directly drives the vigorous development of the optical industry.
Headline

Market News
Epidemic Drives the Development of Demand Medicine and Medical Market
Due to the increase in demand for related drugs, screening reagents, and other products driven by the epidemic, the output value of drugs, medical and related industries have increased, which is an increase in market demand.
Headline 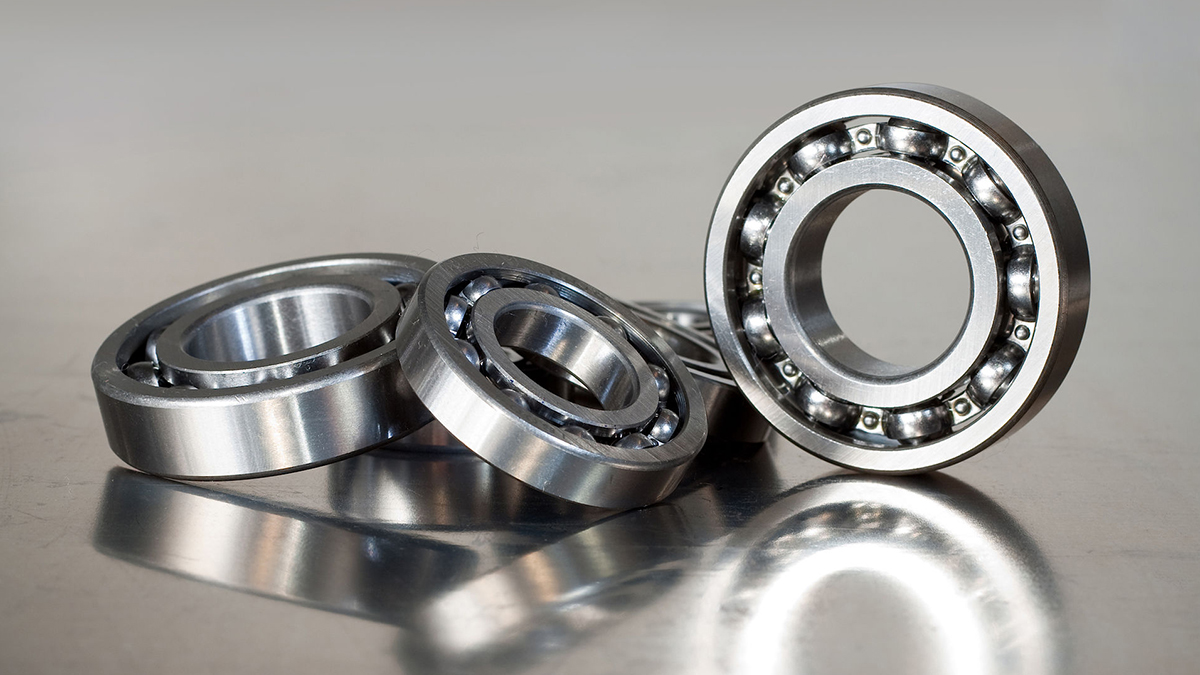 Market News
China's Bearing Industry Development and Global Bearing Market Analysis
A bearing is an important part of contemporary mechanical equipment. Its main function is to support the mechanical rotating body, reduce the friction coefficient during its movement, and ensure its rotation accuracy. Therefore, its application range is very wide and the market demand is strong. The Asian region represented by China and Japan has accounted for more than half of the global bearing consumption and has become the world's largest bearing consumer market, followed closely by Europe and North America, with 25% and 20% respectively.
Headline 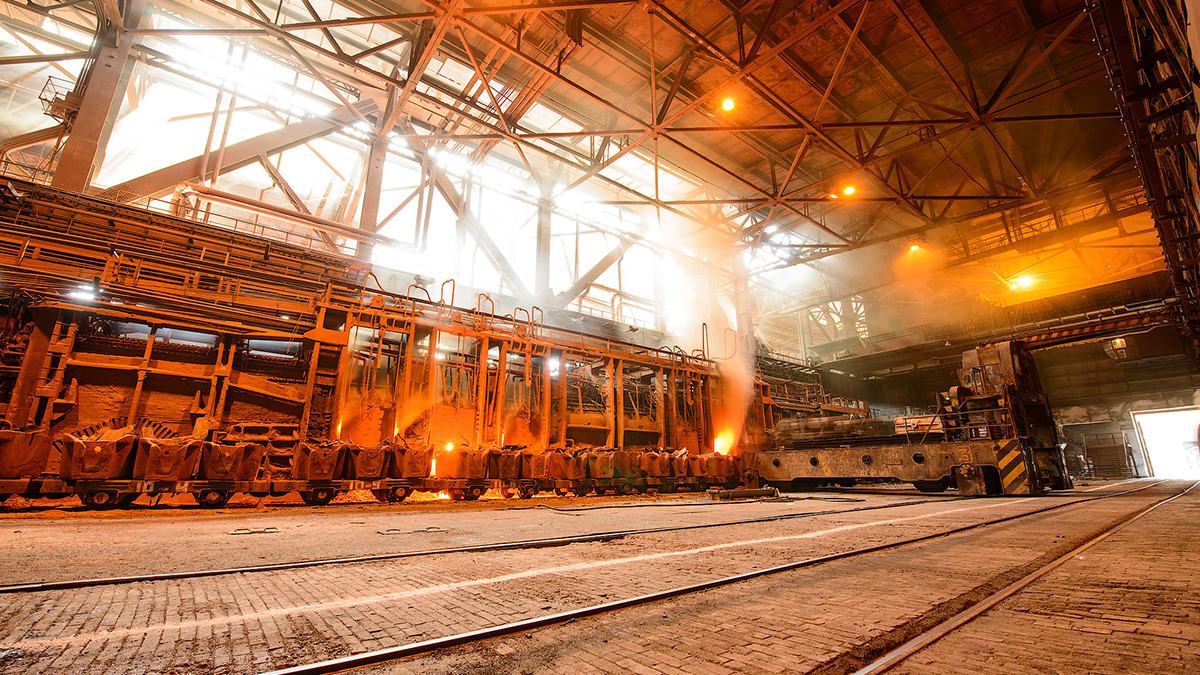 Market News
Analysis of the Australian Industrial Market
Located in the southern hemisphere, Australia has the world's fourteenth largest economy. It is rich in natural resources and is the world's largest producer of iron ore, gold, and uranium. Australia is also one of the world's leading exporters of wool, meat, wheat, and cotton. The service industry occupies a dominant position in the Australian economy. The fastest-growing ones are business and financial services. Travel and tourism-related to secondary and higher education are also important industries in Australia.
Headline 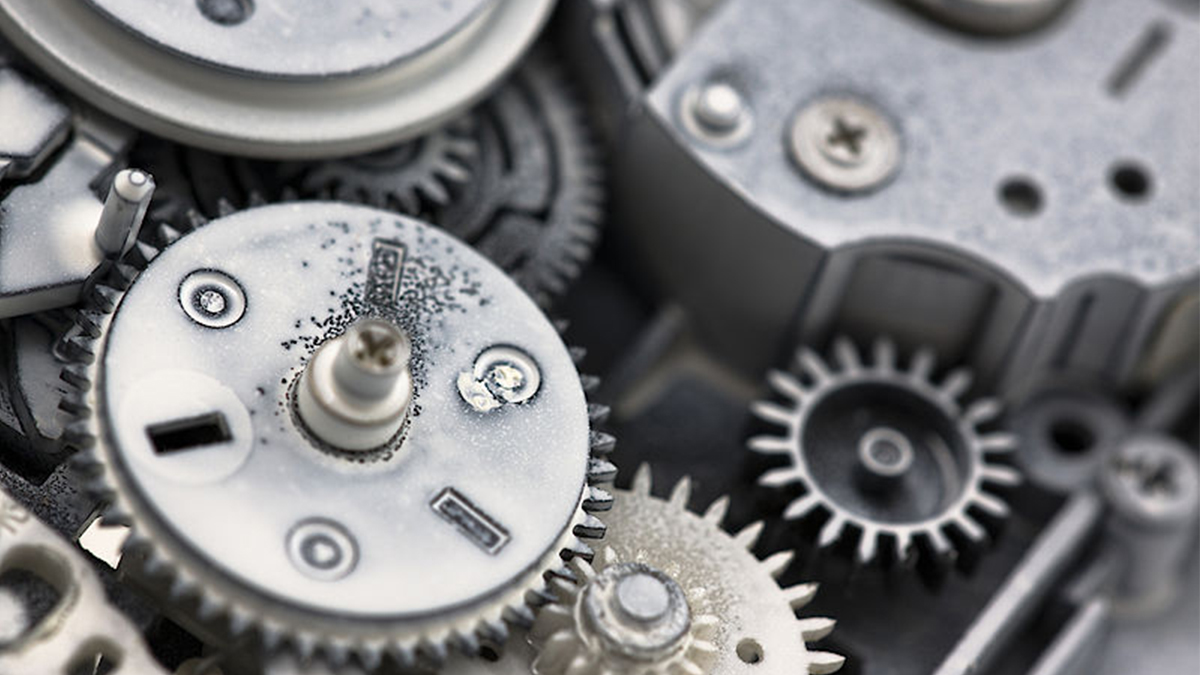 Market News
India's Industrial Structure and Economic Overview
In terms of 2019 data, India is the world's 10th largest machine tool producer and the world's 8th largest machine tool consumer. The Indian government has set a target for India’s manufacturing output value to account for 25% of GDP by 2025. Together with the prime minister’s active promotion of "Made in India", it will bring a huge boost to the demand for machine tools in India. The Indian machine tool market still has considerable development potential, and the Indian manufacturing market is rising rapidly.
Headline 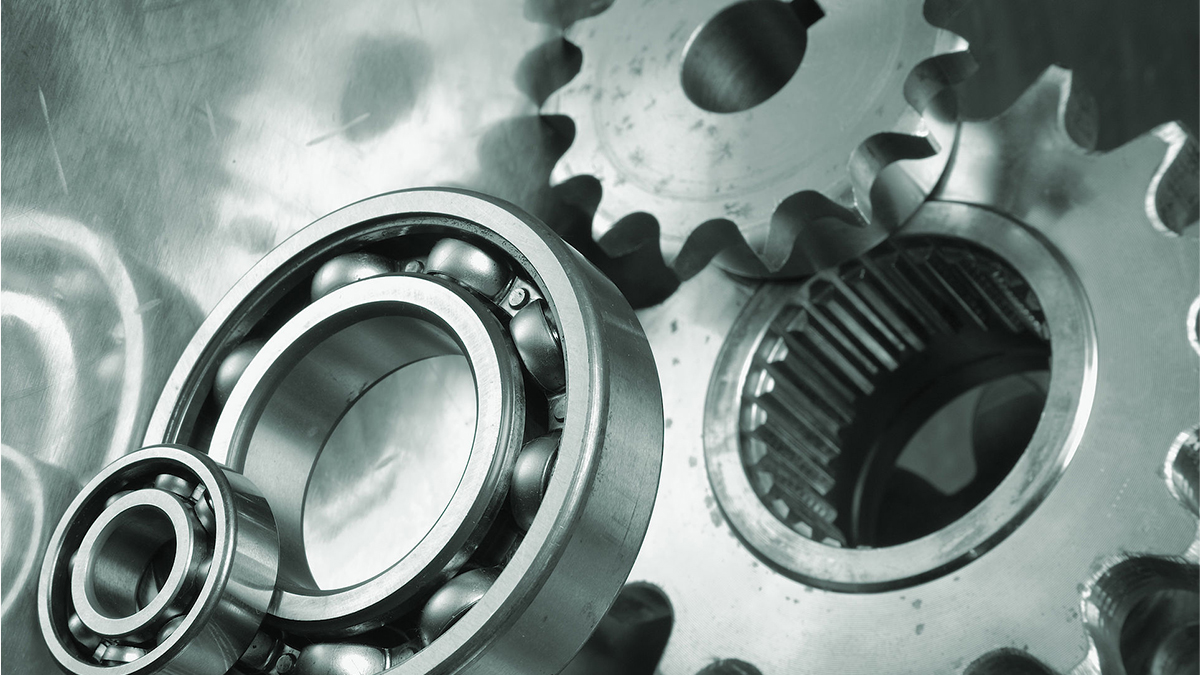 Market News
The Development and Business Opportunities of Made in Vietnam
With the spread of the US-China trade war, the development and business opportunities of Vietnam's industrial manufacturing have been accelerated. In recent years, Vietnam’s economic situation has performed well. In 2018, Vietnam’s average national income per capita reached US$2,590, an increase of US$200 from 2017 and 1.23 times that of 2015. The Vietnamese government is working hard to promote the development of the manufacturing market and set the goal of becoming an industrial power.
Headline 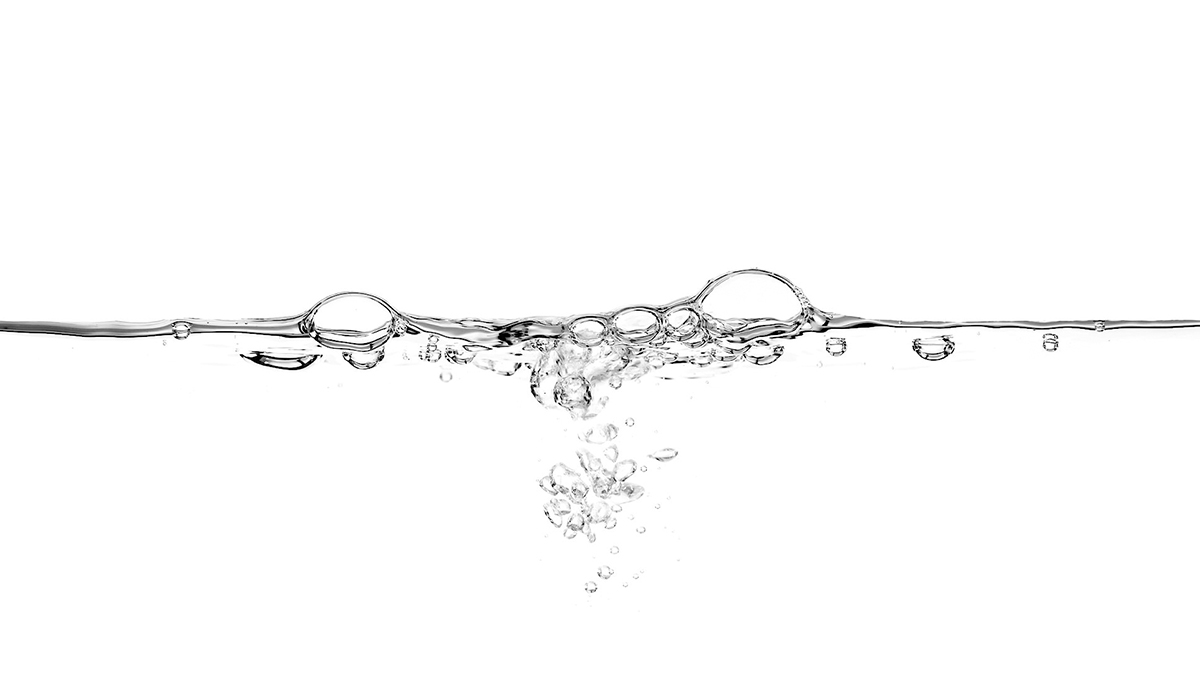 Market News
A Survey of Technical Development of Wastewater Reuse under Circular Economy
Zero Liquid Discharge (ZLD) technology is to pretreat and evaporate industrial wastewater, collect the condensed water distilled from the ZLD system for water recycling applications, and send unevaporated solids to landfills or use them as valuable salt. Class by-products are reused. In 2018, the global ZLD market demand was approximately 5,442 million U.S. dollars, with the largest industrial application being the energy and power industries, followed by the petrochemical and chemical industries.
Headline 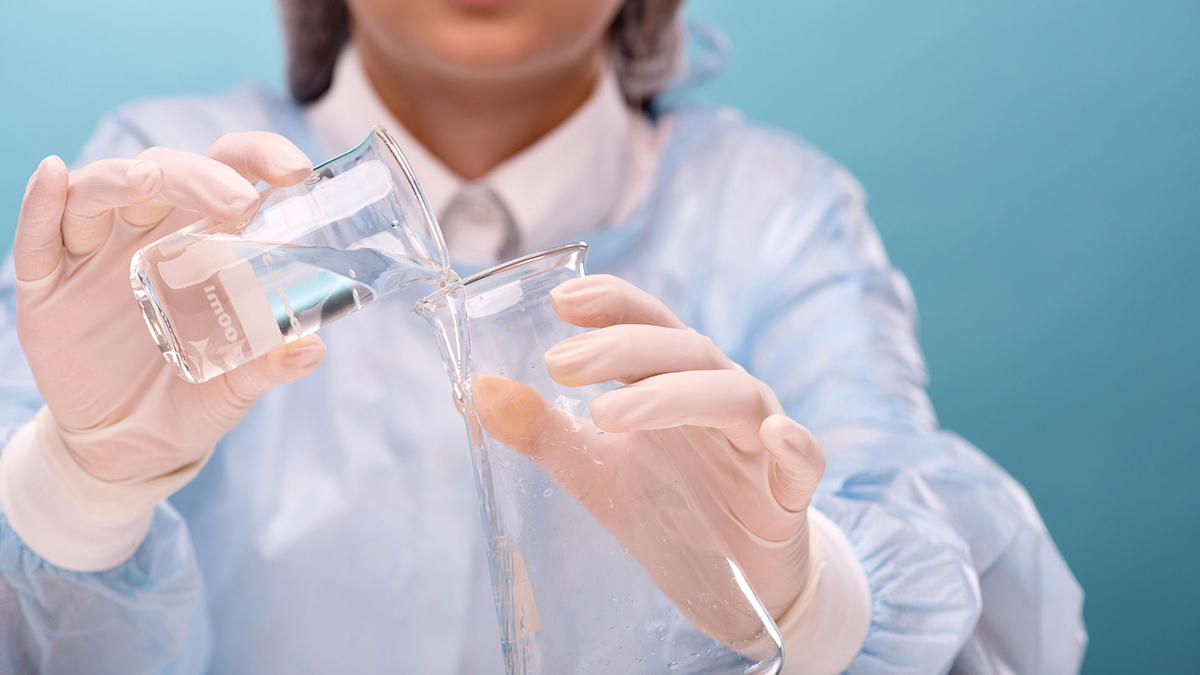 Market News
The Growth Momentum of the Water Resources Economy Market
In recent years, the world has been affected by extreme climates, and the supply of water services has begun to face major changes and tests, causing the world to face more serious water shortage problems. The fierce competition for water resources comes from the fact that the earth will face a 40% water shortage from 2030.
Cras tristique commodo
consectetur adipiscing
non tincidunt mi
Clear
Apply