Opportunities in the Russian Machine Tool Market Are Expected

With the implementation of the import substitution policy in Russia, the output of machine tools has increased, and the replacement of equipment has become one of the priority projects of Russia's "development strategy for the machine tool industry before 2030", which will inject huge business opportunities for the Russian machine tool industry.
Published: Jun 01, 2020 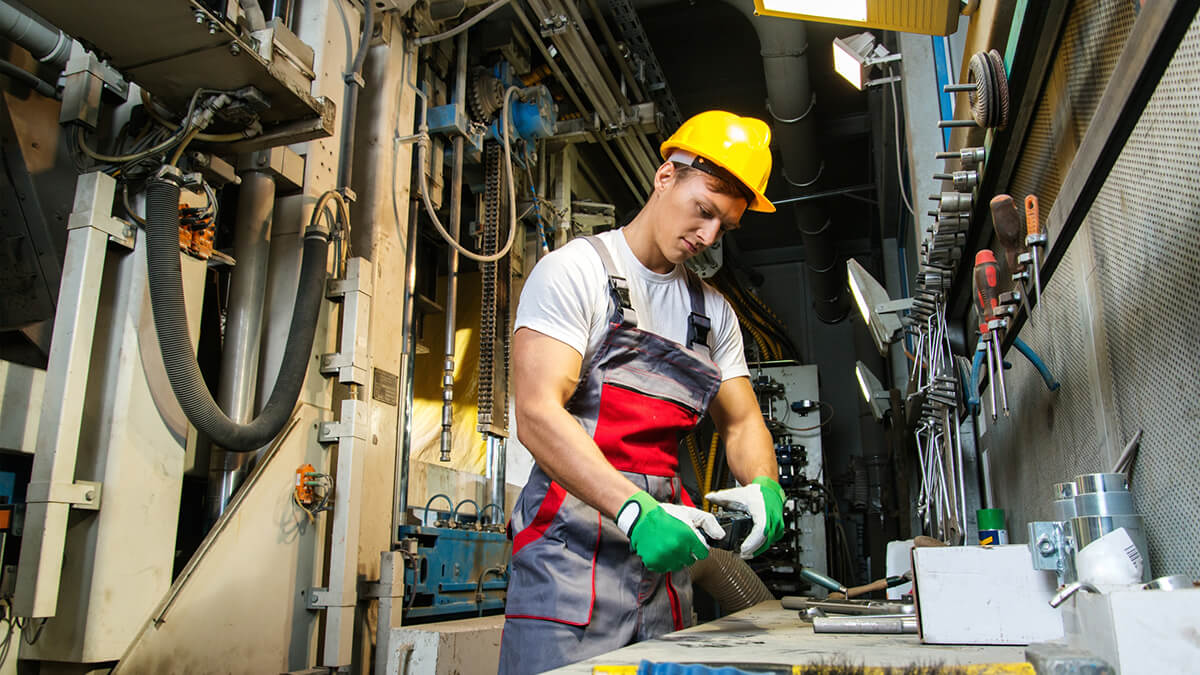 The Russian government's technology update plan increases the demand for machine tools in the market.

According to the "production tool production development" plan, from 2019 to 2021, the Russian government will allocate a budget of 5 billion rubles (approximately 80 million US dollars) each year as a subsidy for the development of industrial production tools. In 2018, there were 20 subsidy projects for machine tool manufacturers, with a total subsidy amount of over 110 million rubles (approximately USD 1.75 million). Although the Russian government provides budget subsidies to develop the machine tool industry, machine tool manufacturers still do not have sufficient funds to develop and innovate products. Also, the subsidy conditions are sometimes unreasonable. The vice president of the Russian Association of Machine Tool Manufacturers stated that, for example, companies are required to increase the output of new products tenfold within three years. For a factory that produces a unique machine for a specific customer, it is not May receive government subsidies, etc.

But overall, the machine tool industry is still showing positive development. The output of Russian machine tools has increased, 70% of which are CNC machine tools and integrated machine tools. Unable to compete with mainland China in the cheap machine tool market, the Russian factory chose to produce high-tech equipment, including machine tools for the aerospace industry. For example, Tekhnika Machine Tool Plant developed and launched a series of precision circular grinders that can process important aerospace equipment parts such as distribution armatures. Previously, manufacturers of such parts were purchased from Switzerland. The "Stankostroenie" factory under the Stan Group has produced a series of multi-functional integrated machine tools for processing titanium and high-temperature alloy parts for aircraft and rocket engines. The All-Russian Institute of Instrumental Science (VNIIinstrument) develops ultra-precision equipment and mobile equipment for Rosatom and the shipyard.

2013 was the pinnacle of Russian metal processing machine sales, with a sales volume of 21,700 units. Afterwards, due to the deterioration of the economic situation and the restrictions on imports and other factors, the sales volume continued to decline from 2014 to 2016 (2.3%, 12.7%, and 1%, respectively). In 2017, due to the technology update plan of the defense industry, the demand for machine tools in the Russian market increased, with sales of 19,430 units, which is a 14.1% increase compared to 2016. According to the assessment of the market survey company BusinesStat, Russian metal processing machine sales will continue to grow at an average rate of 2.1% to 3.8% from 2018 to 2022. Factors such as reductions in business support are estimated, and sales of metal processing machines in Russia are estimated at 20,236 units in 2022.

Russia's industrial production has a low digitalization rate, and there are huge business opportunities for manufacturing development.

The average level of digitalization of Russian industry is still significantly lower than that of the United States, Germany and China. At present, the proportion of important enterprises that are actively testing or have used digital machine tools does not exceed 10% to 15%, and the depreciation rate of production assets of enterprises continues to increase. According to the questionnaire survey of Russian industrial digital technology developer Zyfra, the proportion of Russian CNC machine tools in the total number of machine tools is still very low, only 14% of the factories, CNC machine tools account for more than 50%, almost 80% of the companies surveyed It is planned to purchase machine tools in the next three years. Therefore, updating equipment has become one of the priority projects of Russia's "Machine Tool Industry Development Strategy by 2030", and will inject huge business opportunities into the Russian machine tool industry.

Russia has many prerequisites for a successful transition to Industry 4.0. For example, Russia is one of the leading countries in the world for digital infrastructure development, broadband network penetration, 3G and LTE. In terms of digitization, Russian industrial companies have adopted the ERP system (80% of the companies questioned by Zyfra use ERP) to master virtual modeling and engineering analysis techniques. According to the McKinsey Global Institute, the digitization of manufacturing will increase Russia ’s GDP by 2025 to 1.30 trillion to 4.10 trillion rubles (about 20 billion to 65 billion US dollars) per year. After adopting digital technology, the productivity of enterprises can be increased by 45% to 55%; the time to market of products can be shortened by 20% to 50%, but the long time to market of products is the main fatal injury for Russian enterprises.

Imports of Russian machine tools continue to grow, and the sources of imports are diverse.

Overall, in 2018 (January to November), the main sources of Russian machine tool imports were Germany, China, Italy, Taiwan, Switzerland, Japan, the United States and South Korea. Taiwan is the fourth largest source of imports from Russia, with imports from Taiwan amounting to USD 12.82 million, an increase of 7.42% over the same period in 2017 and accounting for 9.2% of Russian imports (see Appendix 2 for details). It is worth noting that Turkey has caught up and replaced Spain as Russia's tenth largest source of machine tool imports.

The Taiwan Machinery Industry Association has been organizing delegations to participate in Russia ’s largest scale machine tool exhibition (Metalloobrabotka) in Expo center in Moscow every May for many consecutive years. Taiwan machinery was exhibited in the form of a collective booth. In 2018, Taiwan Smart Manufacturing VR press conference was held to greatly increase the popularity of Taiwan machine tools in the Russian market.

To strengthen the competitiveness of products, in recent years, foreign investors have gradually switched to a deep cultivation model for the Russian machine tool market to increase product sales opportunities. Many European machine tool manufacturers have set up representative offices in Russia to facilitate cooperation with local partners and maintain good relations with customers. Although Taiwan's machine tools have a very high reputation in the Russian market, in addition to continuously providing new technology products, providing good after-sales maintenance services, and receiving flexible financing, they should also imitate the foreign businessman's deep cultivation model in the Russian market. To get closer to the market and improve the competitiveness of bidding, foreign investors are also actively investing in assembly and production in Russia.

Europe and Japan are affected by regulations restricting exports to Russia, which has caused pressure on European and Japanese machine tool manufacturers. This is the best time for Taiwan's machine tools to enter Russia. Taiwan's machine tool technology and quality have gradually been recognized by the market. It has become the fourth largest machine tool supplier in Russia. Due to economic sanctions, the Russian government is actively promoting the development of its machine tool industry. The consultant of the general manager of the Moscow World Trade Center said that 84% of the Soviet Union ’s tool machine industry collapsed overnight after the collapse of the Soviet Union. The industry is in urgent need of revitalization. This year, he visited the booth of the Taiwan Smart Machinery Image Pavilion and the VR press conference at the Russian Metalworking Exhibition Venue, and praised the quality of CNC machine tools in China.

Renova Group is one of the largest private enterprises in Russia. It is a heavyweight group. The group covers metals, petroleum, energy, telecommunications, high-tech machinery manufacturing, construction, medical care, finance, etc., and its subsidiaries are distributed in Russia, independent countries, Switzerland, South Africa and the United States, with a total of 134,000 employees and annual turnover of more than 12.9 billion US dollars. The company's vice president also expressed that the group's subsidiaries are interested in working with Taiwan's machine tool manufacturers.

According to the Global Machine Tools Consumption published by Gardner, Russia is the tenth largest consumer of machine tools in the world, with a market size of nearly USD 1.2 billion in 2017. The market demand for machine tools relies heavily on imports. In 2016, imports of machine tools were as high as 75.6%. In recent years, Taiwan and Russia have all been important Russian importers of machine tools. Most of the export volume in the past five years has remained above USD 100 million. In 2017, our machine tool exports to Russia totaled USD 114.2 million, making it the fourth largest import of machine tools. China, accounting for 9.87% of Russia ’s annual import value of 1.157 billion US dollars. Especially in terms of lathes, in 2017, Russia imported USD 22.597 million in lathes, and Taiwan jumped to become its largest source of imports, accounting for 16.37% of its total import value, with an amount of USD 36.98 million. With a total import value of USD 27.97 million, Taiwan is also the second largest importer, accounting for 16.81% of its total imports, with an amount of USD 45.54 million.