The Lowest Car Production Level in the UK in 65 Years

According to figures from the Society of Motor Manufacturers and Traders (SMMT), car production in the UK last year fell to its lowest level since 1956.
Published: Mar 09, 2022 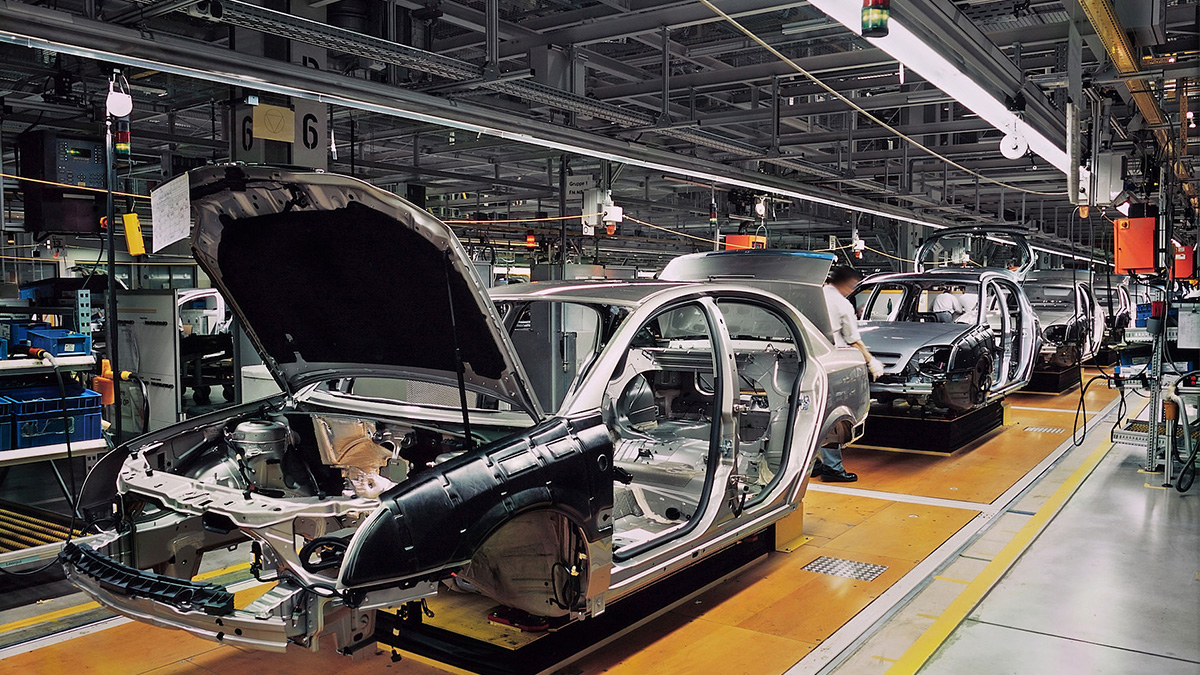 According to the SMMT figures, just under 860,000 new cars left UK factories last year. That was even fewer than in 2020, when the first wave of Covid and the associated lockdowns forced several factories to close. Production last year was 6.7% lower than in 2020 - and a full 34% below its pre-pandemic level.

The SMMT said the figures were dismal, largely due to a global microchip shortage and disruption caused by the coronavirus pandemic. It said there was optimism for the future, with the announcement of new investment worth nearly £5bn. But it warned high energy costs could be a challenge for carmakers this year. Hopes that car production would recover in 2021 were firmly dashed.

The main reason for the decline, the SMMT said, was a severe shortage of semiconductors, or computer chips. A modern car has complex electronics and can use between 1,500 and 3,000 chips to operate items such as engine management systems, emissions controls, safety devices and navigation systems. But there were other factors affecting the low production too.

The SMMT's chief executive Mike Hawes admitted it had been "a dismal year, there's no hiding it". But he suggested that "despite this miserable year there is optimism", largely because of the announcement of £4.9bn in planned new investments, many of them in electric vehicles or technology. These, he said, had been triggered by the signing of a Brexit deal with the EU, which had provided "a real shot in the arm", following five years of declining investment. But he added the UK was "still playing catch-up" after a long period of Brexit-related uncertainty.

"The industry did everything it could to be prepared for new post-Brexit trading arrangements, and largely that has been relatively smooth," he told the BBC's Today programme. "It has incurred additional costs though, because whilst we were able to benefit from the deal we have with the EU, which avoids tariffs, it doesn't avoid other tariff barriers and additional administration which has required additional people and additional costs to everyone, whether you are exporting or importing."

For the UK motor industry, the pandemic got here at simply the wrong time. Car manufacturing was already falling, and Brexit uncertainty made producers reluctant to make investments in Britain at a time when manufacturers were making massive plans for a new era of electric powered vehicles.

The trade deal with the EU solved that hassle - however it came in the middle of a Covid outbreak which induced a wave of new issues. The scarcity of pc chips is world-wide and producers around the world have been struggling to deal with it. But at a time when the UK auto industry should have been focusing on making up lost ground, it was once again left managing a crisis. The past year has been actually depressing for the sector.

Nevertheless, new investment is now coming in, and that momentum now has to be sustained if the UK is truly to become a force in the new market for electric vehicles.

Despite the established malaise in the industry, manufacturing of electric and hybrid motors rose by almost 30% and accounted for almost a quarter of all the automobiles built.

Van production, which is becoming an increasingly important part of the UK motor industry, was also strong, with output recovering to just 3% below its pre-pandemic level. Demand for these vehicles has been soaring due to the popularity of online shopping and home deliveries. Independent forecasts produced for the SMMT suggest that production will rise by nearly 20% next year, to more than one million vehicles.

Van production, which is turning into a more and more essential section of the UK motor industry, was also strong, with output recovering to simply 3% under its pre-pandemic level. Demand for these cars has been soaring due to the reputation of online buying and domestic deliveries. Independent forecasts produced for the SMMT suggest that manufacturing will rise by almost 20% the subsequent year, to more than one million vehicles.

But the organization said that until new players come into the market, the industry is not likely to return to the output levels seen five years ago, when some 1.7 million automobiles left UK factories. That is due to the closure of Honda's Swindon plant, and the selection to make trucks as a substitute of automobiles at Vauxhall's manufacturing unit in Ellesmere Port. The chip shortage, meanwhile, is predicted to continue to affect manufacturing in the first part of this year, but will become less severe after that.

The industry is also facing another very big challenge; sharply rising energy costs. "Escalating energy costs threaten not only the viability of vehicle plants, but also our competitive position,"Mr. Hawes said. "We already pay more in energy costs here in the UK than in competitor countries across Europe and beyond, so we need to make sure we can try and mitigate those price rises to ensure we can remain competitive."