How to Deal with the Recycling of Used Batteries from Electric Vehicles?

The world is studying how to deal with the increasing number of discarded electric vehicle batteries.
Published: May 19, 2021 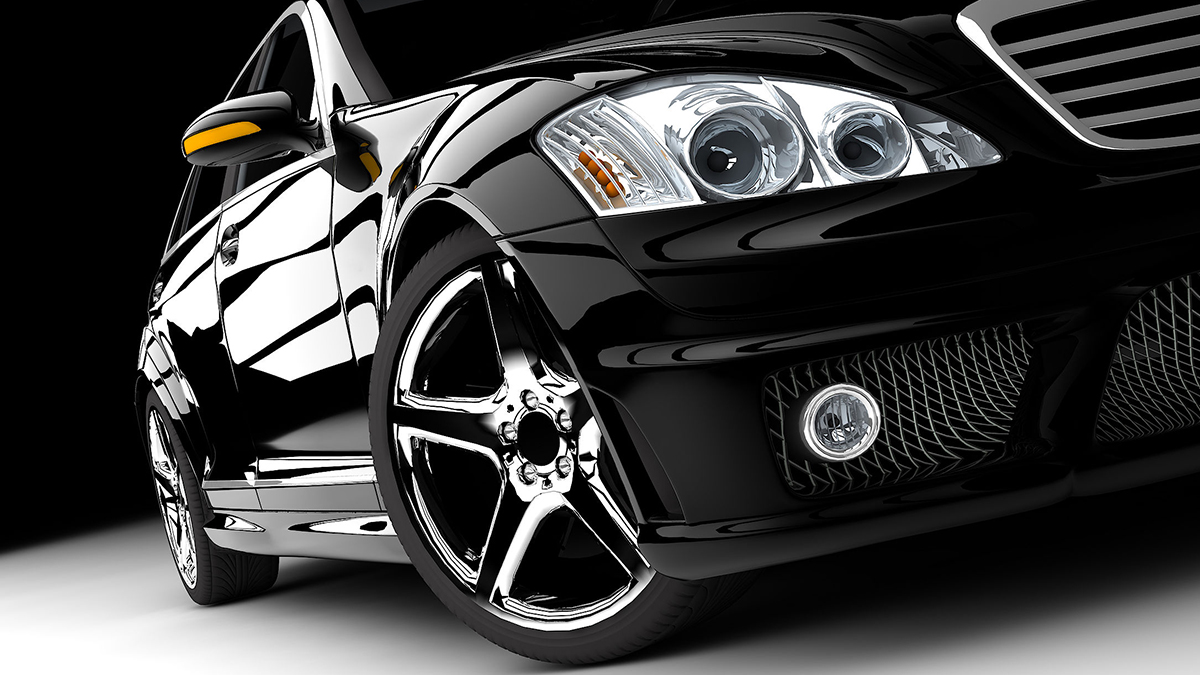 The Goal of Carbon Neutrality

To achieve the goal of carbon neutrality, countries around the world are increasing the use of new energy electric vehicles, but this has also led to another issue. The handling of used batteries from electric vehicles has become an environmental and economic problem that needs to be solved.

With the market demand for electric vehicles growing rapidly, looking ahead 10-15 years, to when the service life of an electric vehicle’s battery expires, how will we deal with the problem of the used batteries management? While issues of carbon emissions are being addressed, the potential for ecological damage from used batteries also needs to be addressed urgently.

The difference between new and old vehicle batteries

Although most electric vehicle components are like traditional car components, the biggest difference is the battery.

The lead-acid batteries of traditional energy vehicles can be easily recycled, but the lithium-ion batteries used in new energy electric vehicles are inconvenient to do so. The battery of an electric vehicle is larger and heavier than that of an ordinary fossil fuel vehicle and consists of hundreds of individual lithium-ion batteries, all of which need to be dismantled for recycling. They contain dangerous substances, and if they are disassembled improperly, tend to explode.

Prospects for the Recycling Industry of Electric Vehicle Batteries

The European electric vehicle market has huge demand and is expected to develop a new recycling industry. At present, on a global scale, the recycling rate of lithium-ion batteries is still unclear, and many people think it is around 5%. In some parts of the world, it is still far below this number. The European Union recently put forward a proposal that will require electric vehicle suppliers to be responsible to ensure that their products will not be arbitrarily discarded after failure. Most manufacturers have responded.

Many different useful materials are recovered in the recycling process. As a first step, focus is placed on retrieving cathode metals such as cobalt, nickel, lithium, and manganese. Other recycling steps can are then taken to disassemble parts of the battery to retrieve aluminum and copper.

The pros and cons of recycling electric vehicle batteries

Efforts are being made to try to optimize the recycling and utilization of used electric vehicle batteries and make this process as streamlined as possible. In the future, there must be more efficient and cost-effective methods for electric vehicle battery recycling. Although the industry already has some division of labor and the ability to expand its scale, its efficiency is not high.

For example, most of the constituents of current batteries are reduced to so-called black substances (a mixture of lithium, manganese, cobalt, and nickel) during the recycling process. This requires further, energy-intensive processing to recover the relevant materials in a usable form. Manually disassembling electric vehicle batteries can effectively recycle more of these materials, but doing so can also cause problems.

In some countries such as China, health, safety, and environmental supervision regulations are more relaxed, allowing for working conditions that would not be accepted in the West. In addition, higher labor costs in European countries, such as the United Kingdom, make it difficult to implement cost effective recycling programs.

In a 2021 report on Chinese government programs, one new project included was the construction of a recycling system for electric vehicle batteries. After the outbreak of the epidemic in 2020, the production of international cobalt mines declined sharply. Coupled with limited international logistics, cobalt prices rose significantly. With the rising costs of battery raw materials, the regeneration value of rare metals such as nickel, cobalt, and manganese in electric vehicle batteries has increased. As the world's largest electric vehicle market grows, Chinese industry scholars believe that this is an opportunity as well as a challenge. The Chinese industry analysts estimates that by 2030, the vehicle battery recycling market will exceed 100 billion yuan.

How China will handle pollution problems in the recycling of vehicle batteries is still being explored. In 2020, the total weight of batteries decommissioned in China was about 200,000 tons. Many of these flowed into unregulated black-markets and small workshops where potential pollution hazards, as well as threats to personnel safety existed. With the rapid increase in end-of-life electric vehicle batteries, this issue is arousing more and more urgent attention.

In Europe, one solution to this problem is automation and robotics, which can reduce the dangers encountered with electric vehicle battery recycling, and increase recycling’s economic benefits.

With the rise in the number of electric vehicles and renewable energy storage systems being used, will there be enough raw materials to supply the batteries needed in the future? In a recent report by the East Asia Division of Greenpeace, it was pointed out that there would be enough retired lithium-ion batteries from electric vehicles to meet the global demand for materials needed for the production of energy storage systems by as soon as 2030.

The current battery industry is mainly centered in China, South Korea, and Japan, with 85% of production concentrated in these countries. Serious supply shortage risks for lithium and cobalt metals will impact battery manufacturing supply chains and affect local economies. To avoid possible supply shortages, more attention should be paid to battery recycling. Both the recovery of key raw materials from used batteries and the secondary production of batteries are important processes in the circular supply chain.

After 5-8 years of use, the electric vehicle batteries storage capacity will have decreased to about 80% and will eventually need to be replaced. It is estimated that worldwide, the amount of waste from electric vehicle batteries from 2021 to 2030 will reach 12.85 million tons. To meet the increasing demand for batteries, the demand for lithium metal in 2030 will be 29.7 times that of 2018. 30% of the world's total mined cobalt metal has been mined in just the past ten years. Up to 2021, a total of approximately 10.35 million tons of lithium, cobalt, nickel, and manganese have been mined worldwide.

China’s national policy points out that electric vehicles are an important part of emission reduction actions, but the high emissions of electric vehicle manufacturing must also be considered. Dealing with the recycling of waste batteries is just as important economically and environmentally as dealing with carbon dioxide.

Waste batteries can also be recycled for use in 5G equipment, data centers, and energy storage systems. This will decrease overall consumption and resource extraction, as well as reduce waste and carbon emissions. To make electric vehicles a sustainable solution, battery manufacturers and automobile companies will need bear the burden of a circular economy, and governments will need to support these types of socially responsible solutions. 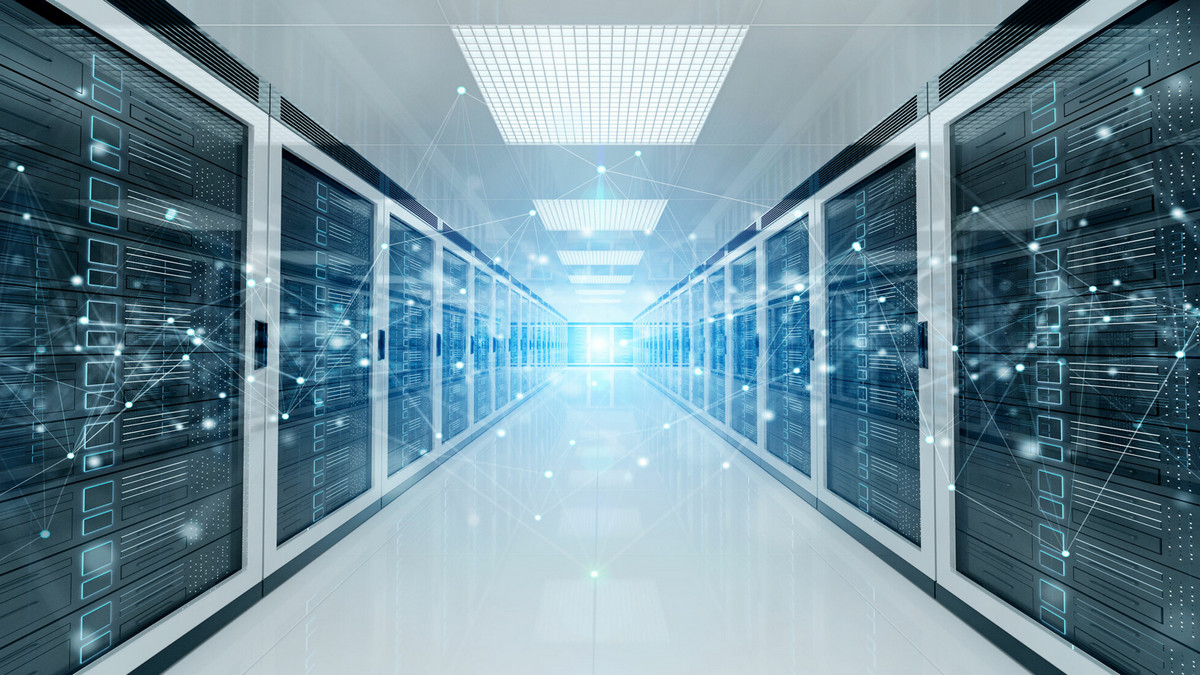 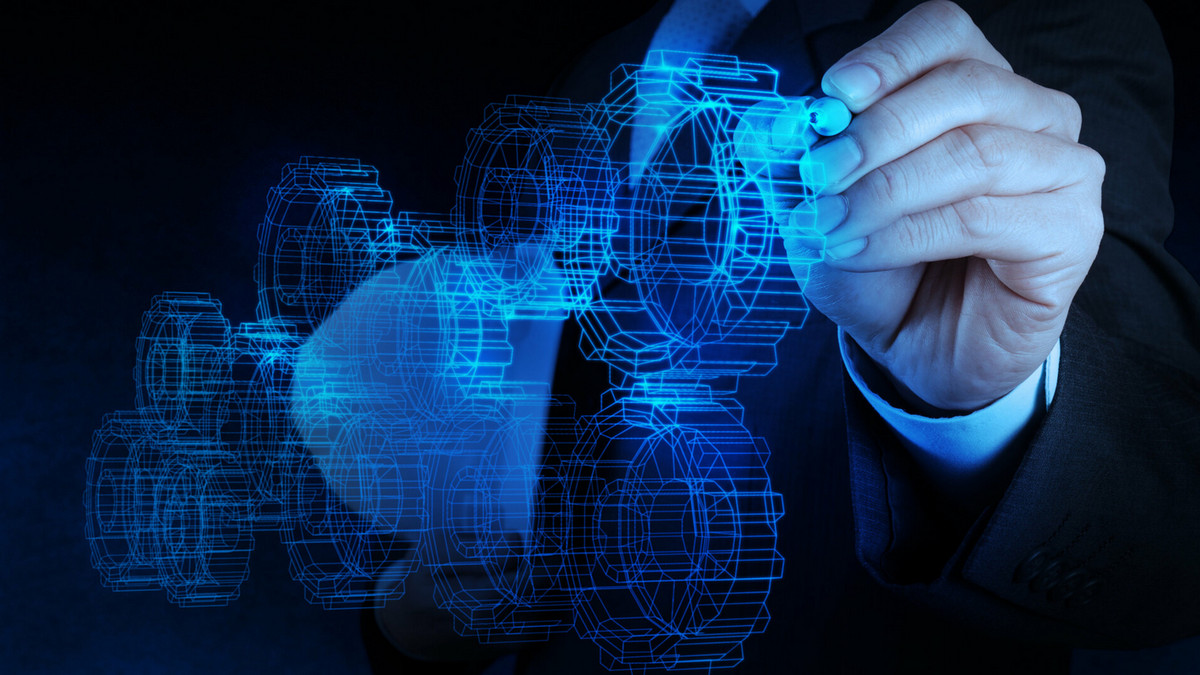 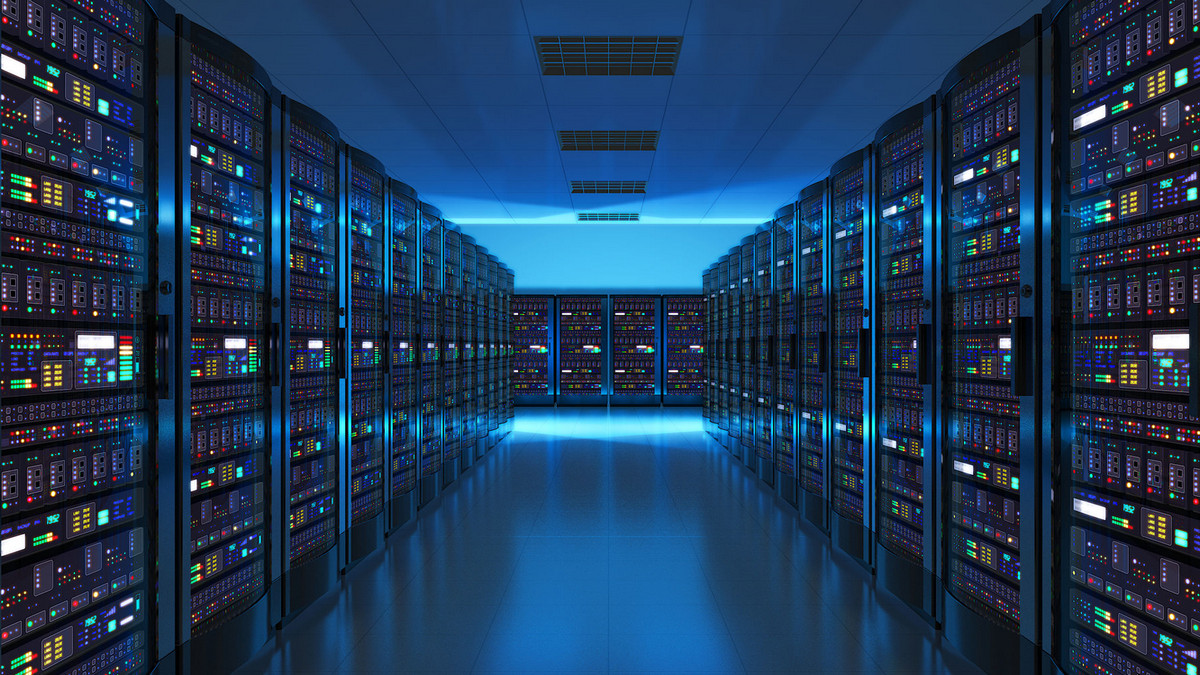 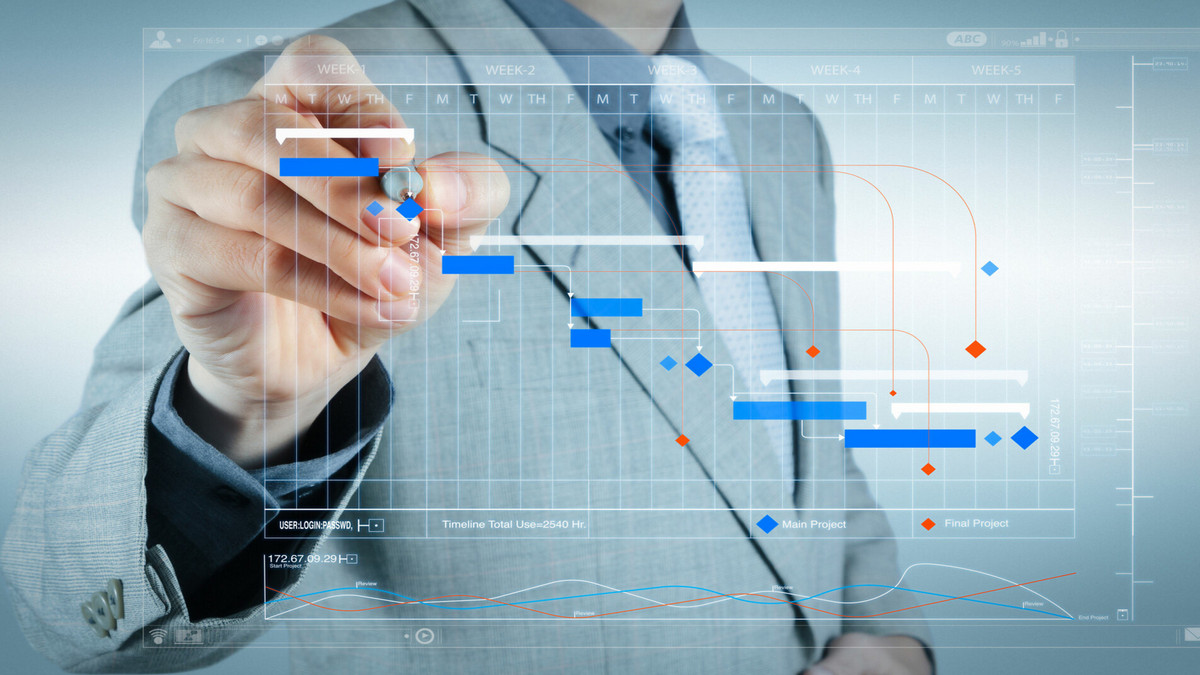 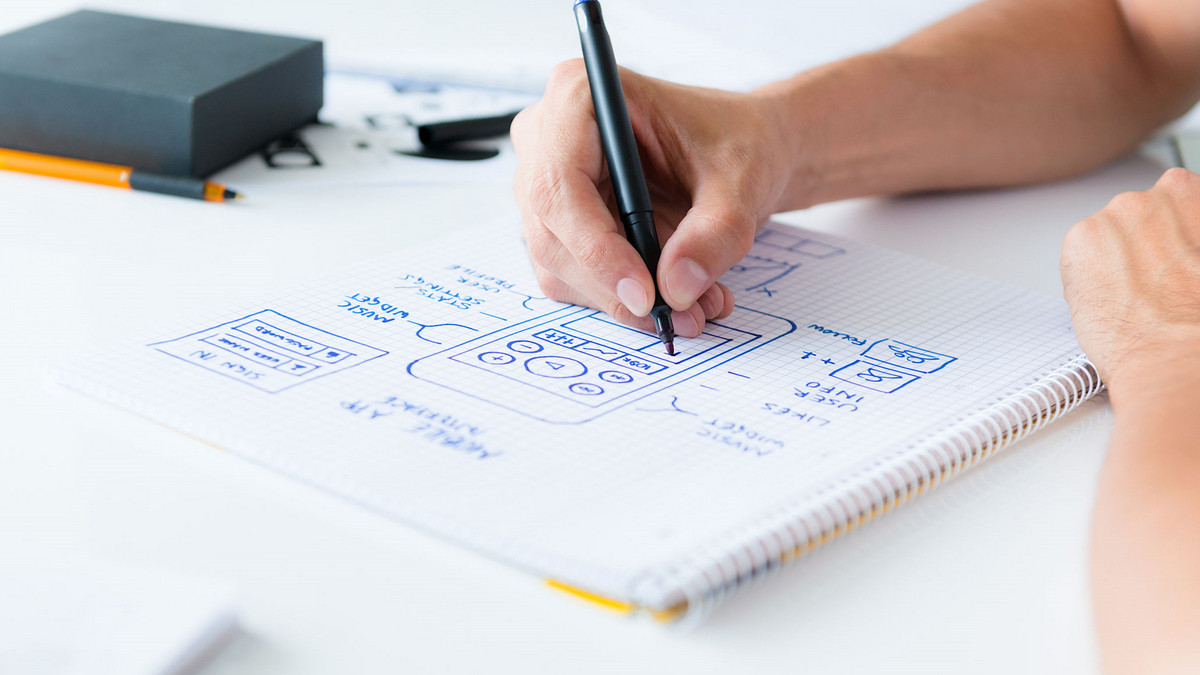 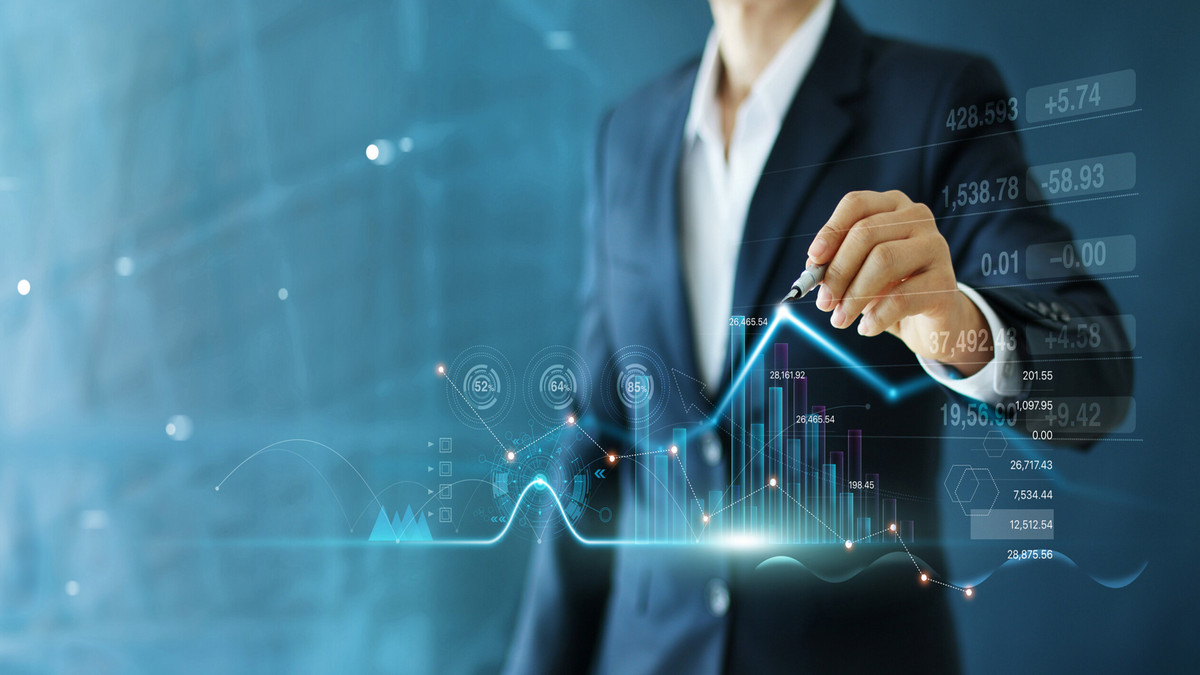 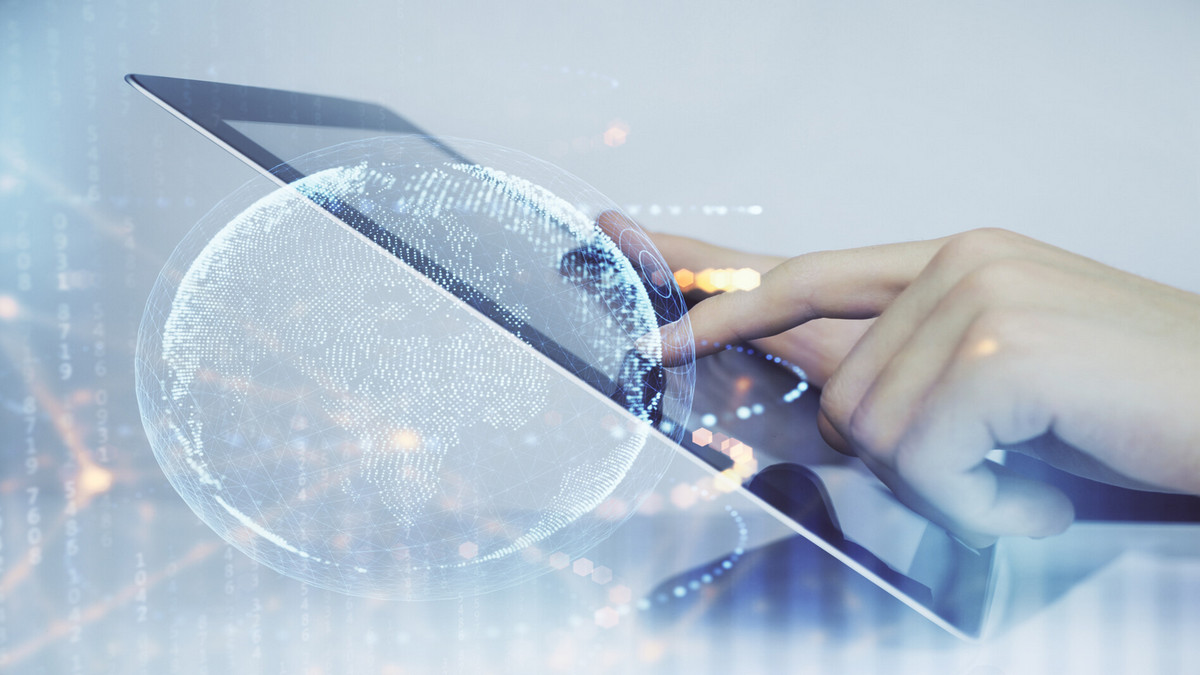 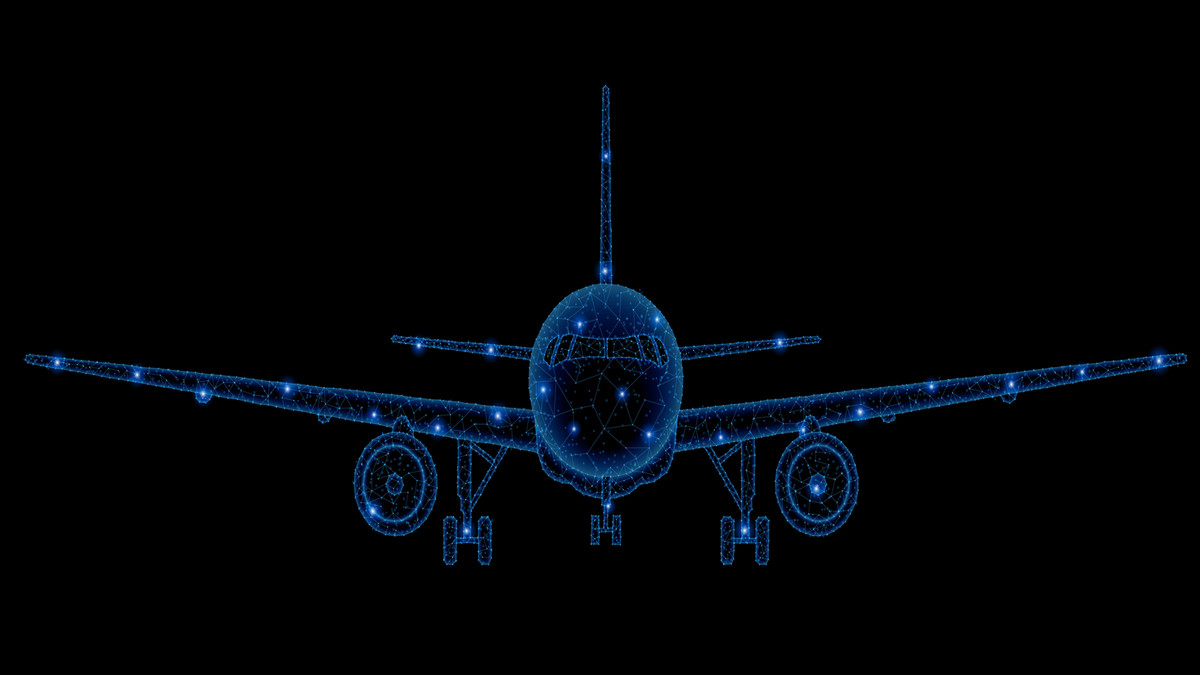 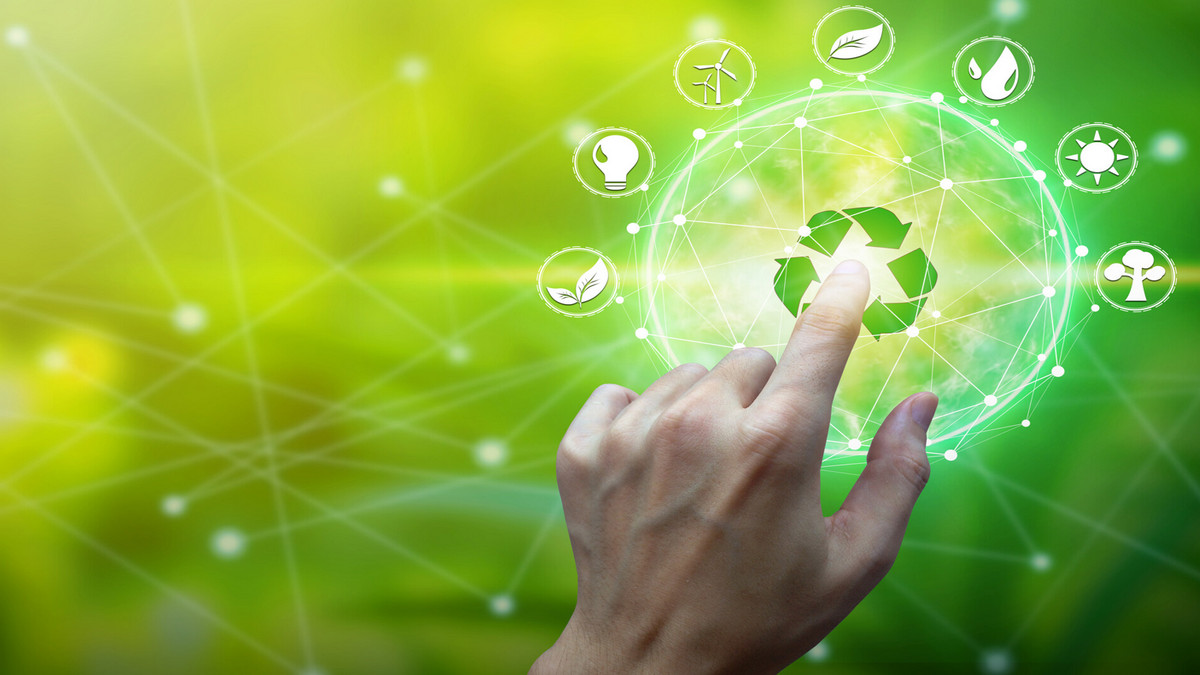 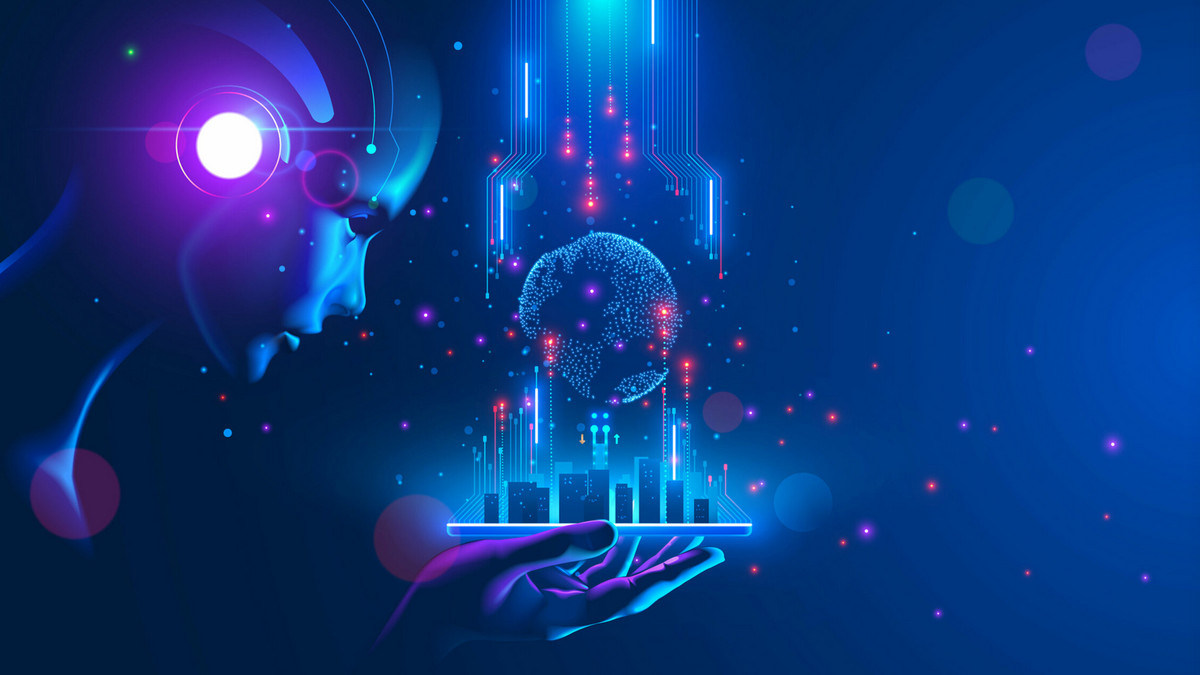 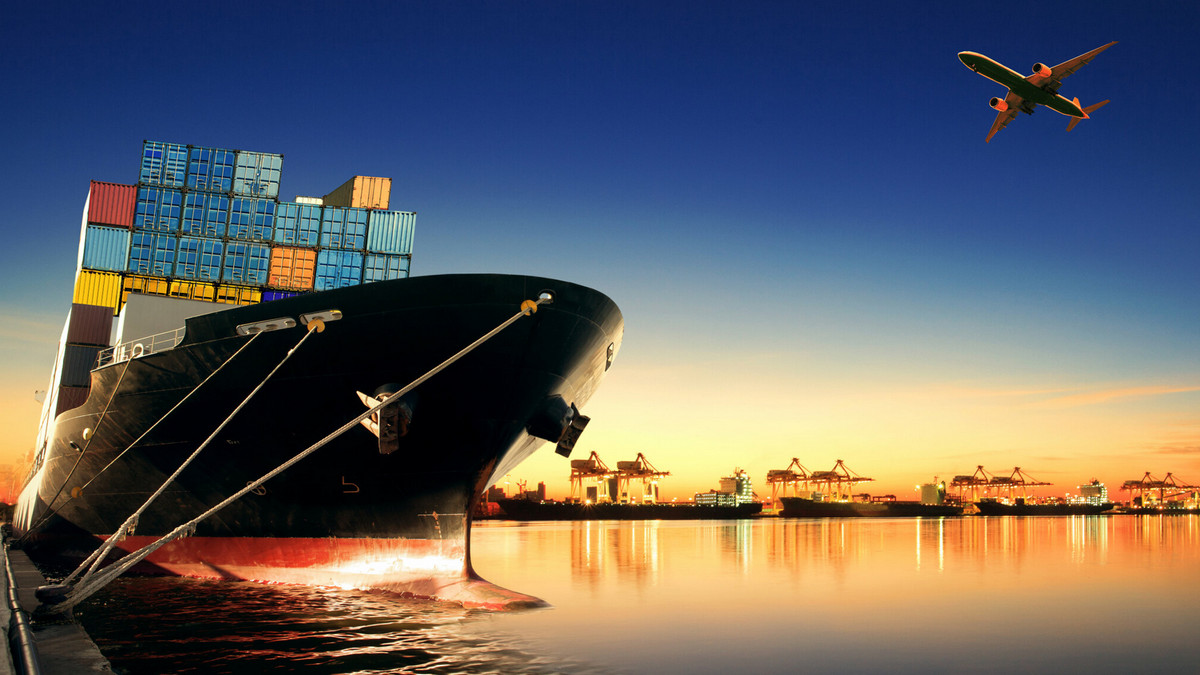 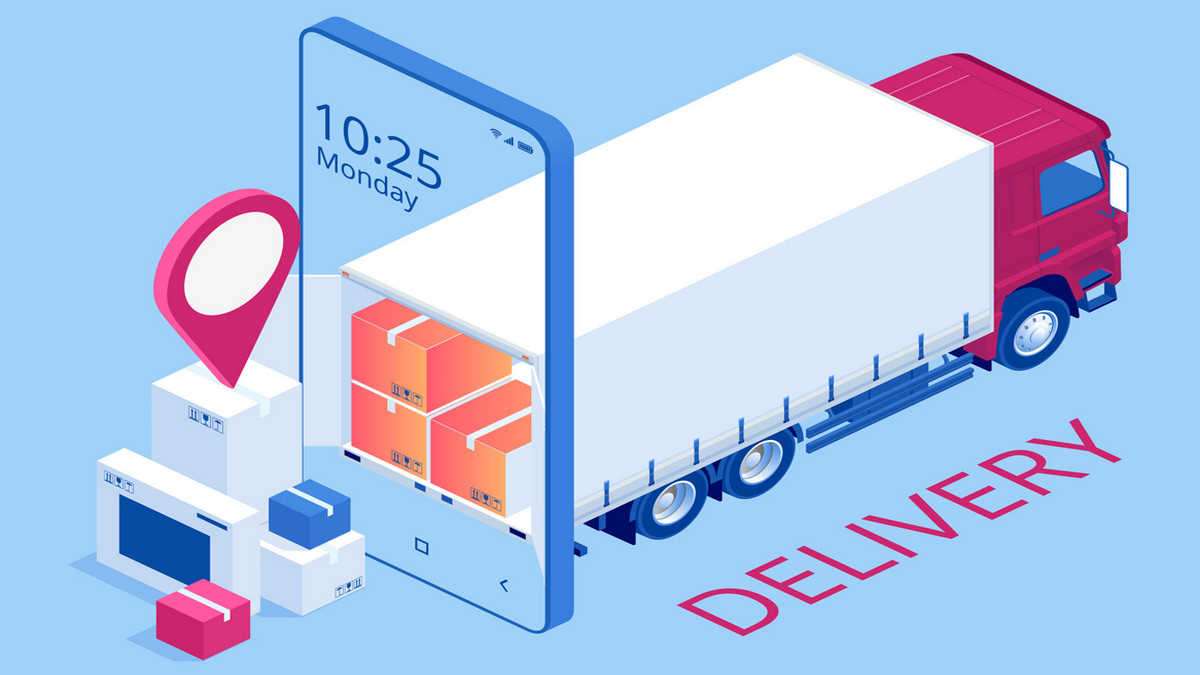 Trend
Post-Pandemic Era: New Trends in The Global Logistics Industry
The global logistics industry bears the brunt of the outbreak of the epidemic. In the early days of the epidemic, cities were closed, borders were closed, and flights were suspended, but at the same time, the demand for personal protective equipment and daily necessities also reached its peak. The surge in e-commerce shopping has put additional pressure on the global supply chain, and the recent delivery of vaccines has also added challenges to the supply chain. Life in the post-epidemic era is something the world is paying close attention to. What will the global logistics situation look like at that time? Of the innovations and shifts adopted during the pandemic, which ones will persist and impact international shipments? This article will answer them one by one.
Cras tristique commodo
consectetur adipiscing
non tincidunt mi
Clear
Apply